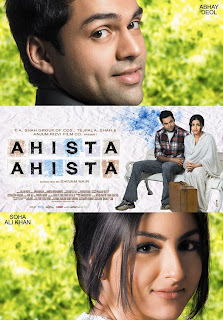 Abhay's second movie, Ahista Ahista followed a year after Socha Na Tha,and is an important indication of Abhay's inclination towards indies. The big-movie spectacular of his first movie was gone, and in its place was a small, yet significant movie, which I agree with Beth, is a forerunner to Saawariya, (which movie I have been unable to appreciate much, to put it politely). It is also interesting that Imtiaz wrote this as well as Socha ... , and later Jab We Met- the similarities make me wonder if he keeps writing stories around the same basic theme- his next, "Love Aaj Kal" due later this year should help clarify that.

The majority of Abhay's movies seem to be based in Old Delhi, and this was the first of the lot. Ankush (Abhay Deol) is one of the tens (if not hundreds) of unemployed young men who make their living by hanging out at the marriage registrar's bureau (its for real, at: Additional District Magistrate, 14, Darya Ganj, Delhi - 110002), and acting as witnesses to weddings for money. 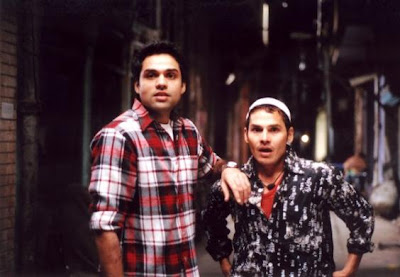 One day he spots Megha (Soha) looking lost at the bureau. Turns out she has run away from her home in Nainital (in the Uttarkhand hills) to get married to her Dheeraj (Shayan Munshi- argh) her boyfriend. I should add here that I have deep-seated dislike for Mr. Munshi- looks like a bit of a humanoid mosquito, and not a cute one either. Hence my natural dislike for his character. 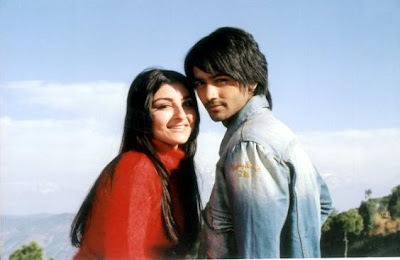 Ankush does the gentlemanly thing and tries to have her stay at his friend's house for the night, since she has little money and nowhere to go. When that doesn't work out, he spends the night at a dargah with her. Megha has little choice but to agree since she isn't prepared to go home quite yet. 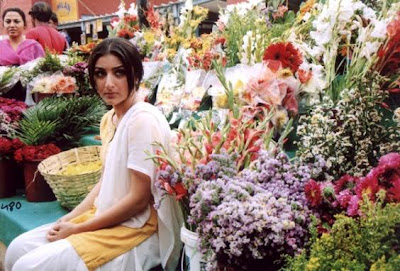 Soon enough, the two begin to rely on each other. Ankush finds Megha a job with accommodation at the local church's old age home. Megha in turn inspires Ankush to get a real job: he is soon employed by a bank as a salesperson, opening bank accounts. 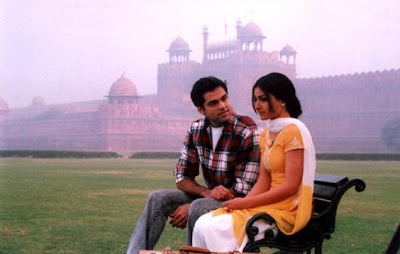 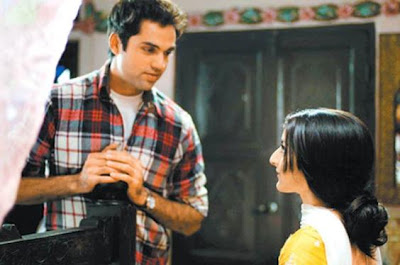 But when one day Ankush runs into Dheeraj- it turns out Dheeraj was delayed but did follow Megha to Delhi, and has been looking for her.

!!! SPOILER ALERT!!! SKIP TO "PROS" BELOW IF YOU STILL HOPE TO SEE THE MOVIE AND DONT WANT TO KNOW ANY MORE!!!

So of course Ankush does the honorable thing, and brings Dheeraj to Megha. They walk away together, while he- apparently goes back to loitering in front of the bureau- it is indicated, though one hopes he gets over it (like he does in Dev D :D).

Conclusion: See it- the movie is definitely a stepping stone for all involved: Imtiaz went on to Jab We Met, Soha began to delve deeper in Indies and Abhay began to soar!

What! She leaves Abhay for the "humanoid mosquito" (great term, by the way and so very apt!)!!!! That is hard to forgive and I usually forgive Soha everything because she looks so much like her Mum. Sigh! I dont think I want to watch this one... :-|

PS: Why do I keep getting prompted for a password everytime I come to your blog these days?

Hmm, I would ordinarily skip this one for the cons, BUT...I just saw Oye Lucky Oye last night!(Just couldn't wait to tell you):) Enjoyed your hunny bunny Abhay immensely!

Thanks for such an honest review, cuz you are biased, you know!lol

Bollyviewer: Seriously, Abhay is too cute to miss- u can ignore Soha's idiocy and focus on the man :D I felt like slapping everyone in the end- [sigh] Fixed the password prompt- it was for the twitter update, which I deleted away - thanks!

Nida: Wasn't he WONDERFUL there????? oh that 1st shot where he is wearing that black shirt and turns around - I was clapping like an idiot :) Ahista isnt going to be the worst movie you will ever see- not even close, it'll be one of the better ones- so its a great investment for some Abhay gazing :)

That IS a good term! :) Also, help, color me stupid, but where is Sukhwinder in this? I read his name in the list on imdb but never spotted him (quite possibly because I've never spent much time sorting out what he looks like - who can bother when you can listen to him instead?) And how annoying to have to then listen to Himmesh? BLURGH.

Beth- Shayan IS so so so awful- he just makes me feel v violent :D Sukhwinder shows up at the durgah in the qwalli song I think- didnt screencap though. Himesh- [sigh] :B

I still haven't completed watching this [shame on me]. Abhay looked good in this [especially the checkshirts] And both Soha and him looked lovely together. I wish Soha had some more scenes where she is smiling :)

Darshit: Yes the stlying works for him completely, and for Soha too. You are so right about her smiling- of course I've watched it twice but mostly noticed Abhay only :B