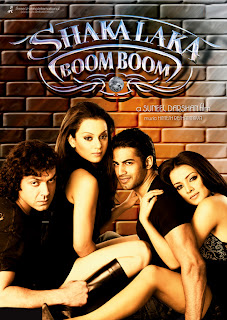 Suneel Darshan must have lost his mind- there can be no other reason why he would have directed and produced this catastrophe.

Lets get the ordeal over with: AJ (Bobby Deol, looking his age (45) with a puffy and tired face), is supposedly the best singer in New York. Do not ask me how an Indian singing in Hindi would be the best singer in New York (whats the criteria for the "best" singer? why New York? shouldn't he be on the national charts? - no one tells me anything!). He is entranced by Ruhi (Kangana- now this is one talented woman- why the heck did she do this movie?!), an upcoming singer. Ruhi is initially attracted to AJ, but then is stalked (yes, really) and wooed (apparently the 2 go hand in hand) by Reggie (Upen Patel, looking adequately dishy), another singer. Somewhere in there is also Sheena (Celina Jaitley), who is miffed with Reggie 'cos he ditched her. 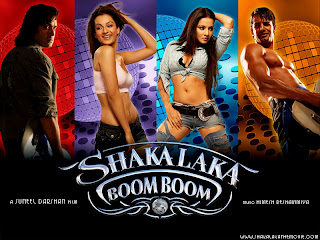 For a movie about a bunch of singers, this movie has really awful songs. But whatever. Moving on- AJ tries to stub out the upcoming Reggie's career with Sheena's help. He even manages to do so, but once he has literally gotten Reggie to death's door, he himself looses his hearing in a freak accident. Reggie gains back health and fame.

That's it really. And oh- Anupam Kher plays Reggie's dad, perpetually abused by his son, who needs to learn some respect! I think we are supposed to feel Reggie's angst- that never really happens. If anything, you just feel reallllllly angry with him! I'm not sure either Kangana or Celina knew what they were supposed to do in the movie- their roles appear to have been edited out- badly, since they sometimes appear to initiate action, but we never see any follow up to those scenes. It was awful. Bobby Deol should give up movies. Seriously. Enough said.

Posted by Shweta Mehrotra Gahlawat at 12:39 AM