The blog is suffering from issues with coding, as is obvious by its appearance. Since I am not an expert, it is taking a while to igure out. Please bear with me and feel free to suggest fixes!
Posted by Shweta Mehrotra Gahlawat at 12:51 PM 1 comment:

A is for ... Adult Certification

I was contemplating writing an A - Z string of posts on Bollywood, and spent a while brainstorming the "A" to write about. Amitabh Bacchan was the obvious and first choice to come to mind, followed by a series of important films (and there are an AMAZING number of films begining with an "A" in the title): Anmol Ghadi, Apur Sansar, Amanush. But that's a film REVIEW, something I do all the time anyway. Having seen multitudes of sleaze, horror and action films, writing about the of "A" Adult cinema seems perfect- a little scandalous, attention catching and definitely in sync with the fearless spirit of this blog, and its ability to envelop all kinds of films. Literally :) 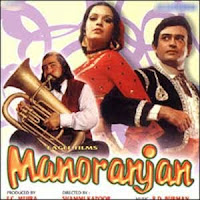 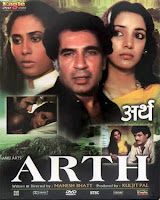 What does it all mean?
A history lesson is in the offing! The Cinematography Act (1952), lists the provisions relating to Constitution and functioning of the CBFC, and provides guidelines for film certification. You can read all that on the CBFC site, if you are so inclined. Per my understanding, there appear to be 4 current categories of film certification:
‘U’ (unrestricted public exhibition): Films without expletives, sex and violence. Added about 1949/50.
‘A’ (restricted to adult audiences): Films WITH with expletive language, sex and violence. Added about 1949/50.
‘UA’ (unrestricted public exhibition subject to parental guidance for children below the age of twelve). Added about 1983.
‘S’(restricted to specialized audiences such as doctors or scientists). Added about 1983.
we good?

Trivia:
- Orphans Of The Storm (1920), starring the Gish sisters, appears to be the first film to undergo censor cuts due to Indian Censorship Act 1918.
- Bhakta Vidur (1921), appears to be the first film to be banned due to censorship controversy.
- Social Evil, a docu drama, was made in 1929 to "give guidance to ignorant youth about sexual problems," and may be the first film to be given an "adults only" certification.
- Hanste Aansu (1950) and Marmayogi(1951) (the latter starring MGR!) appear to be the first Himdi and tamil films, respectively, to receive an "Adult" (A) certificate following the amendment of the original Indian Cinematograph Act (1918) in December 1949 by which time “A” and “U” had been introduced.

U/A and A certified films translate loosely to R rated and NC17 films in the United States, and when I watch films, it seems that almost everything that Bollywood currently produces falls in these two categories. Not that that is a bad thing, but it appears that filmmakers revel in getting an A rating on their films, publicizing the fact, and building any ghost of a controversy related to censorship (or otherwise), so that audiences are intrigued into watching them. Which is a little low, I think.


Because as soon as something is rated for adults only, chances are a kid will figure out a way to see it, you-tube or any which way. 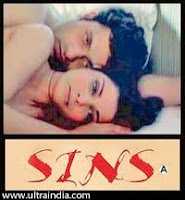 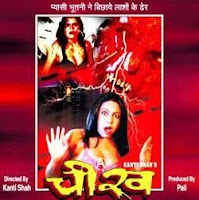 Then there are the Adult films with an "A"- where bigger stars and producers and directors abound in either sex or violence or both , and appear to vie with each other to "capture eyeballs" (oh what an ugly ugly term- ugh). Such films began really to appear in the 70s in Bollywood, with the multistarrers and fake "awareness" films. Amitabh's Deewar, Zeenat's Hare Rama Hare Krishna, Shashi's Satyam Shivam Sundaram come to mind for big movies that titillated in the 70s, and the fake-awareness movies that had smaller stars, like Anil Dhawan, who made a string of these in the 70s: Naya Nasha, Honeymoon, and Chetna among others.

It seemed to be more about sex than violence in the 70s, but plenty of violence came to the picture in the 80s, as if to make up for lost time, along with parallel cinema, which embraced sensitive issues like never before. Despite its lavish scale, I believe Utsav (1984) starring Rekha, produced by Shashi Kapoor and Directed by Girish Karnad, is exemplary of parallel cinema. It was definitely out of the ordinary realm of Bollywood films; sensual, extremely beautiful and - alas- adults only. I'm sure many children (like me) at the time couldn't wait to be adults to go grab a copy and see it. I recall how the grown ups got a VHS copy of it, and how I cajoled my mom into seeing at least the non-steamy bits. Yup, a child con artist I definitely was. 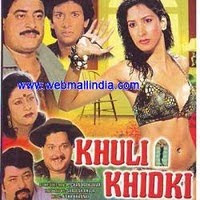 Om Puri personified the angry young man of parallel cinema- and still does, to my mind- in Ardh Satya (1983). And Shabana helmed very adult, very sensitive films like Mandi and Arth, that are all certified A. Oh and lets not forget Salaam Bombay, which I did sucessfully see in its entirelty, at age 10.


This of course doesn't mean that the 80s were full of sensitive films aimed at mature adults Dharamendra, to my mind, lead a string of films full of violence and sleaze, with titles like "Paap Ko Jala Kar Rakh Kar Doonga" (I will burn sin to cinders!) and "Jeene Nahin Doonga," (I wont let live) that are particularly excretory. 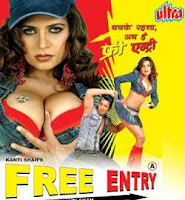 While the sleaze and violence continued through to the 90s and today (check out any number of films on this blog), one film changed the game completely. Shekhar Kapoor's Bandit Queen (1994) was a film with highly adult content- so all agreed, to the extent that there were any number of suits bought against it- and yet, it elevated Shekhar Kapur and Indian Cinema to a new level of cinematic glory that could not be denied. I believe there was serious violence in theaters where it did play, laying the grounds for similar treatment to Deepa Mehta's Fire (1996) and Earth (1998).

But current cinema is ambivalent. For every sleaze filled Julie (2004) and Z-grade horror movie, there are films like Kaminey, Dev D and Love Sex Aur Dhoka (for the record, I didnt like this last, sorry), where the script is so rooted in either expletives or sex or violence or all, that they are in fact essential to the film. And as much as naysayers protest, I believe the Board has recognized that in cinema, and has been making sensible cuts.


Which bring us to the ultimate argument of freedom of expression and free speech. Because there are films like Ishqiya (2010), which it would be criminal to suppress, and Water (2005), which was suppressed almost to anonymity. Because on the other aide of the equation are folks who actually decided to live the films they watch, and jumping from buildings is the least harmful thing they accomplish. So how much, really, is too much? We can argue to the end, all the while watching a Kanti Shah original. or Bazaar. You decide.

Posted by Shweta Mehrotra Gahlawat at 12:33 AM 4 comments: