After last week's initial buzz, discussions about the TZP Oscar entry have dwindled, at least in the print and electronic media. Shekhar Kapur gave some highly lukewarm sounding bytes- or perhaps he was simply misquoted, as we have noted journalists to often do. Aside from his interview, not much news regarding the movie has surfaced over the weekend.

Aamir too hasn't commented yet on his plans at his blog, and therefore his publicity plans are still largely unknown.

To be honest, between the crazy blasts happening on almost a biweekly basis in India, the insane financial markets and my own attempts to issue 3 sets of financials in the coming 2 weeks, I am having some trouble concentrating on Bollywood. I don't doubt you are probably going through the same, or comparative madness.
Posted by Shweta Mehrotra Gahlawat at 2:14 PM 2 comments:

India West, an Indian/expat news source based out of California had an article on the TZP oscar entry this morning, basically summarising all the buzz about the movie, as well as discussing Lagaan, which had made it to the Top 5.

Meanwhile, the deadline to enter for the Best Foreign Film for the '09 Oscars is fast approaching,and the contenders are lining up.

Also from India, a small but wonderful movie called Tingya, is attempting to make a bid to compete as an independent entry to the Oscars. I am a bit ashamed that I have only just heard of this movie, but will try to track it down in the next few weeks.
Posted by Shweta Mehrotra Gahlawat at 1:14 PM 4 comments:

This will now be a daily (or almost daily, let's be honest here :D) feature, to gauge TZP's oscar progress.

There is a tons of commentary floating about, gauging TZP's chances at the oscars, including fears and hopes.

Aamir himself has spoken about his game plan, and you can hear the man here, and also at BollywoodFan's blog. 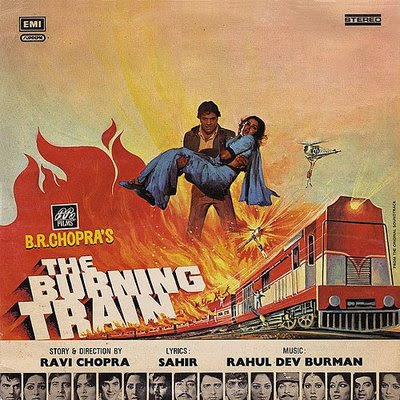 Posted by Shweta Mehrotra Gahlawat at 8:13 AM 8 comments:

Drumroll to the greatest movie EVAH

This movie is so full of cool that I can write a book on it- while I gear up to this "event,"- see if you can ID which movie I am talking about- here is Pravin in it, looking fantabulous...

Finally an Indian Osacar pick that makes some sense: It is Taare Zameen Par, and I have some hope that it may make it to the top 5. Last year's pick was ... oh so very very wrong.
Posted by Shweta Mehrotra Gahlawat at 12:41 PM 6 comments:

Yup, I missed the Shaan-watch along for the 1st of my 3 planned house-warming-s (more excuses to party! wheehee!). After the food was eaten, a bunch of us ended at midnight on a beach 100 miles from here (will NOT tell you where- this IS a public forum, and I don't want the beach IDed :D), listened to live electronica courtesy a bunch of DJs from all over California doing a hush-hush rave, AND then drove back to crash out in bed at 4am.
And the next day, I woke at 10:30am to jump right into rewatching some Shaan. 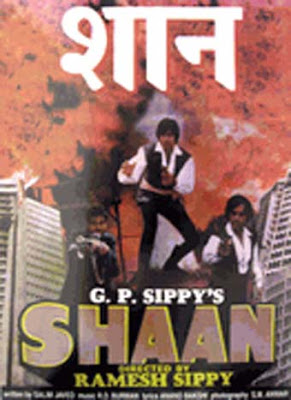 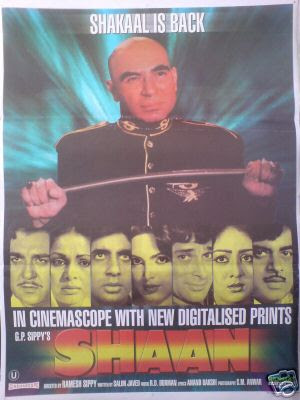 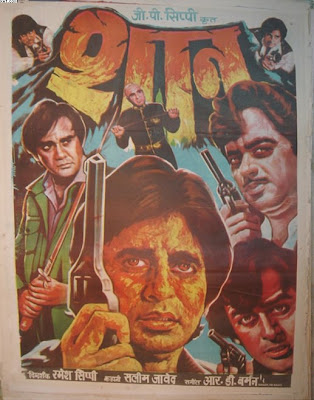 Having experienced a very surreal 24 hours (as stated above), it seemed right that my review be as loopy as the state of mind it was written in.
Title: Shaan
Year: 1980
Cast: Amitabh Bacchan, Pravin Babi, Shashi Kappor, Sunil Dutt, Rakhi, Shatrughan Sinha, Bindiya Goswami, Johnny Walker, Kulbhushan Kharbanda.
Some Bond-style credits later,

we find out that Sunil Dutt is a cop, 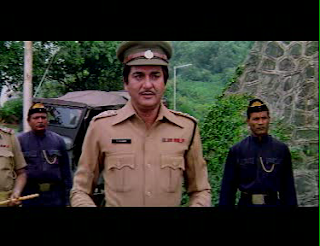 married to Rakhi (looking really pretty here, by the way), and a adorable little daughter. 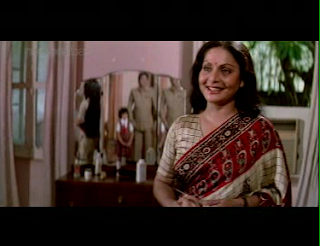 He has 2 brothers, both con men: Amitabh and Shashi. 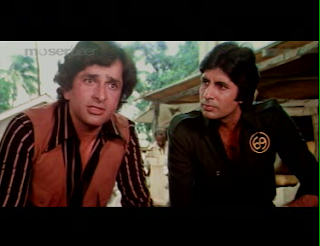 Note that there is absolutely no family resemblance between the three brothers- me thinks they were all adopted or had different dads, or SOMEthing.
Amitabh falls in love with Pravin, a con artist (who wouldn't? my husband has had a major crush on her since babyhood- which is cool, since I have had a girl-crush on her since the same time. You have to be already blind to not to be blinded (heeh) by her awesomeness!) 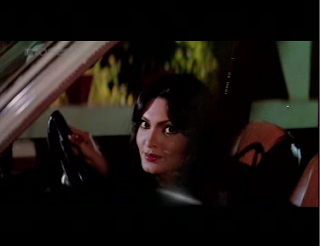 Shashi is in love Bindiya, also a con artist- who is cute, and wears amazing 80s fashions, but is rather overshadowed by Pravin and Rakhi. 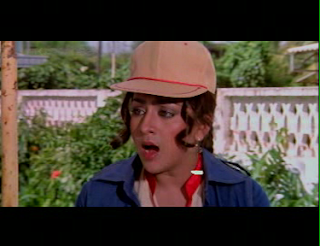 Bindiya's uncle is Johnny Walker, who really doesn't get enough chance to exhibit his own awesomeness to the max- with a cast this humongous, it was hardly likely. 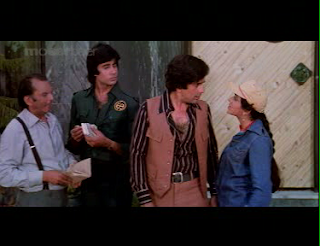 Lurking in the back, is the pre-Mogambo, the amazing- SHAKAAL... who keeps sharks floating behind him, and crocodiles beneath him! 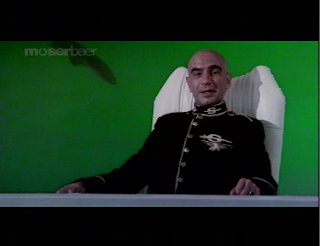 Sunil crosses Shakaal, and gets shot for it. 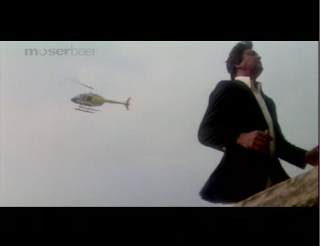 The brothers are joined in their revenge mission by Shatrughan Sinha, 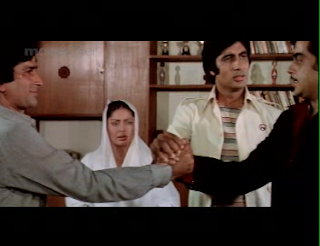 ... who seriously is the most macho dude in Bollywood- look at him glower...and glower some more. I really do believe I love him.

So what happens? Do the brothers get their revenge? Do they end up with their pretty girlfriends?
While we are waiting to find out, how about one last dance with the heart-stopping Helen..... 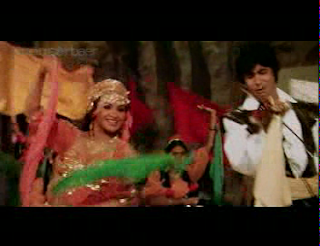 Watch out for:
1- All the James Bond references- from the opening credits, to Sunil's carjacking, to the title song.
2- The chemistry between Amitabh and Shashi, esp. during the initial con scenes, as well as during the car=girl comparison (derogatory, but wth).
3- Sharat Saxena, in a brown leather outfit- I love him, inexplicably. This movie was FULL of my fav character actors, and much fun was had spotting them all.
4- The Shaan song by Pravin- OMG- just look at the woman. Mind-blowingly gorgeous. Who was the idiot who dubbed her "The poor man's Zeenat"???? They must have been on serious drugs :/

Surreal imaginations:
I can help but wonder, what if:
1- Rakhi was eaten, sari and all, by Shakal's crocodile?
2- Amitabh and Shashi decided they had more than brotherly feelings towards each other, and ditched Pravin and Bindiya... for each other?
3- Shakal and Pravin got married, and settled to domesticity- he became a shark-farmer.
4- Bindiya and Johnny took over Shakal's empire.
5- Rakhi's daughter was bought up by Amitabh and Shashi, and grew up to accidentally meet Shatrughan, and wooed and married him- Lamhe (1991) style.
Disclaimer: The Surreal Imaginations above are merely that, and no, I do not indulge in drug abuse :D

Having caught the bug from Ramsu, and Versacious, I totally had to do this...

For each situation described, you have to come up with song/sthat would apply to these situations in your life.

But it took SO long! I really had to think a lot, an activity I generally attempt to avoid...(heeh)!

Falling in love: Couldn't choose between these; :D

Death Scene: Where do you go my lovely [Peter Sarstedt/Darjeeling limited (2007)]

Posted by Shweta Mehrotra Gahlawat at 8:57 AM 12 comments: