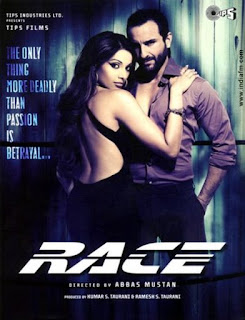 Is it a bad movie? Noooooo- but it is eminently forgettable for sure, and I agree with Beth and So they dance that it is a real let down.

And the isuue does not lie with the plot- that is bad- fairly unique for what its worth- 2 rival step brothers etc., sparring for $ and babes. Akshay envies Saif for his success, and plots against Saif. Saif preempts his every move and turns the tables on him. That's it in a nutshell.

The originality of the plot.

So true! Unthrilling and over-exposed. And someone pointed out to me that because we never see Akshaye and Katrina's corpses, there could, in theory, be a sequel. NAHIIIIIIIIN!

A sequel????
I am flabbergasted/flummoxed/dumbfounded in every imaginable language. dear Lord no!

I dont think I could stand more of Akshay's being like that (why dude why- why u be like that to me?? :()

I never thought a movie would come which would make me consider Saif as more appealing/pleasant than Akshay :( sob sob, and miscallaneous wringing of hands and weeping.

And then I read a piece on...IndiaFM, I think it was, in which the directors talk about making a sequel. Why god why?

At least it might give them time to figure out something better to do with Akshaye's hair.

In happier news, today after work I am going to finish buying supplies for dal makhani! I hit the regular standard store yesterday but they didn't have the right lentils, so today I'm going to my local Indian grocery (which I love because it supplies me with movies)! I'm so excited. If I can get everything I need, the soaking will commence tonight! Yahooo!

I think a sequel may be in discussion since the movie has apparently done well in India (go figure :S). I dont undestnad either, and I feel ur anguish on both counts- the movie and AK's hair- looks like a bird built it for her personal use.

I am very nervous/excited about the Dal Makahni in offing! Please hear my enthusiastic cheering from the stands! :)