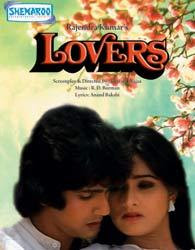 Title: LoversYear: 1983Cast: Kumar Gaurav, Padmini Kolhapure, Tanuja, Danny Denzongpa.
Why did I see this movie?
1- I was in a perverse state of mind.
2- I remembered how I loved Kumar Gaurav as a 5-7-yr old (me, not him). and how I COULDN'T watch his movies cos my parents wouldn't take me to grown up movies :(
3- How I loved all the fashions Padmini would be wearing here- and how I COULDN'T wear those exact same dresses and couldn't look like like her :(
4- Danny. How could I resist?

So I watched it.

I shouldn't have. But our motto here is- you got it- love all Bollywood, esp. the unloved stuff.

So onwards to the movie, which opens with a dedication to a holy man, who has an eerie resemblance to Nana Patekar. 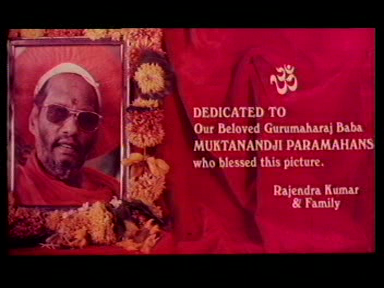 Danny is an angry, rich, very Christian man living with his wife Tanuja in Goa- she is plenty soft-hearted towards her husband's fishermen employees (who are cheating him, and don't deserve anyone's sympathy), oblivious to his philandering, and terribly narrow-minded in religious matters. 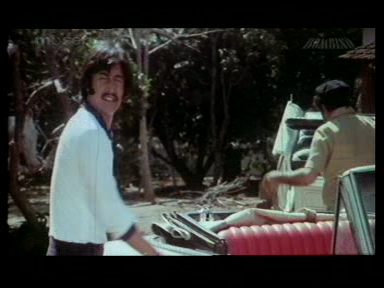 Kumar Gaurav is a Brahmin layabout living in Goa with his mom, Beena (Pradeep Kumar's daughter, if you will). His mom spend hours teaching music so he can study, but he is up to no good- the ungrateful wretch. 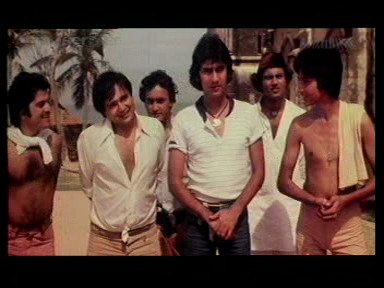 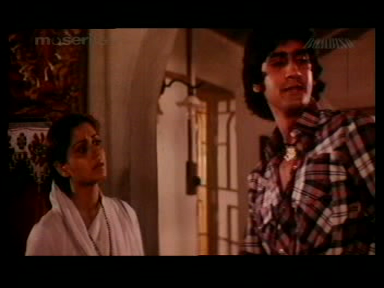 Padmini is Danny's sister, and comes over from Bombay to spend her vacation with him and Tanuja. 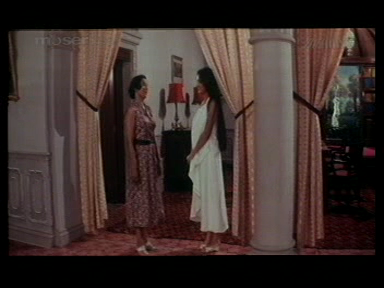 Seriously folks, I love Tanuja, but she is given HORRIBLE Anglo-Indian dresses to wear in this movie- better dresses, and a properly fitted bra would have helped her a lot, but alas :S. I am so sorry Tanuja had to do this- a favor for Rajendra Kumar, who produced the movie, I am sure :S

Kumar Gaurav is crass and disgusting, but cute Padmini falls for him anyways, 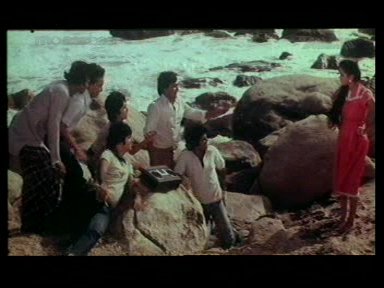 and they sing plenty of songs. 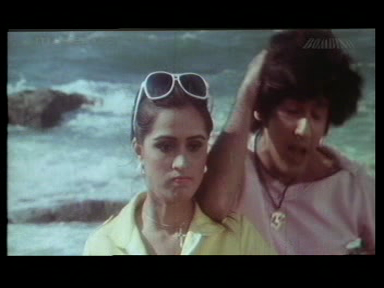 Until Tanuja finds out, flips out, goes all hardliner Christian (is there a better kind? :D) and arranges for Padmini to go back to Bombay. 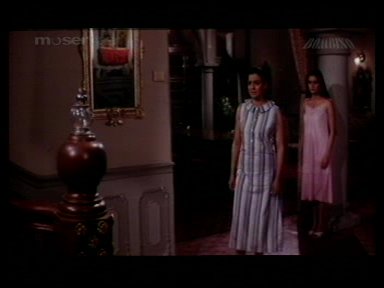 Will Danny be more liberal than his wife and accept the "Lovers"?

Will Beena just kick her kid out, since he is old enough to be a man and start making his own money?

On the plus side:
1- Padmini and Kumar were both VERY adorable when they were doing the lovering bit- but are very very annoying during the initial 1 hour of courtship/harassment- loud and shrill (both are both). Once the whole "love" part is established, they do encourage empathy.
2-Padmini's 80s fashions- after all this time, she was still as gorgeous as I remember. I want all those plastic bangles NOW!
On the minus side:
1- Tanuja and Danny have such weak characters to play- she is the bigoted, weak, abused woman- he is a rapist, violent and a bully- a marriage made in heaven.
2- The "lovering" is just too much- a movie needs more than romantic scenes and songs (none of which are very memorable really)- I am sure this could have been scripted better. A lot of time is taken up with songs, and it all gets repetitive really fast
3- What punishment does Danny get for his violence against ALL the women he has ever met (in the movie)? Nothing! WTH! I love the man, but his character was horrible, and goes unpunished, which was very distressing.
4- Kanya Kumari masquerades as Goa- WHY??? Why not call Kanya Kumari what it is???
5- The fact that the protagonists are of different religeons is rubbed in our faces until we are sick of the whole thing-from religious lockets, to hymns to outfits, we are beat on the heads with the "differences in lifestyle"- until we really wanted to scream.

Final thoughts: I think that Kumar Gaurav spent too much of his career doing the same ol' romantic bit- not only were there fewer opportunities, he perhaps didn't go looking for different roles to play anyway. It must also have been very hard to break out of his dad's shadow- and many times he may not even have wanted to. He HAS done some good cinema- Janam, Naam, Kaante- but I really believe he could have done so much more. Perhaps he still can. Rajendra Kumar obviously made this movie (he appears in it too, in an extended cameo as the local priest) to boost his son's career, but I doubt it did much. Watch only if you are devoted to Bollywood and Danny!
Posted by Shweta Mehrotra Gahlawat at 12:10 AM

I'm still trying to get this movie!!! I loved it growing up. I may not have that many negative things to say about it as you though, lol

Wow Danny and Tanuja sound like a right-wing Christian couple that I actually know :-)

I loved Kumar Gaurav in Star but haven't seen him in anything else. But looks like I'll be giving this a pass! Thanks for taking the bullet for us.

Nicki: I think that you really like Kumar Gaurav a lot, so could overlook the flaws of this one :) I really think his potential has never been fully exploited.

Memsaab: I was apalled by Tanuja's character- she always plays these very spunky character, so I do not understand what provoked her to do this :) Re: Star- I think that it had a lot more going for it, including the songs, Rati and general campiness :)

bokaboddah: Thanks for your comments and visiting; come again.

Oh my gosh, the first image my eyes fell on was that one with the dedication and I thought, gee, Nana Patekar's in this--and he looked the same back then! lol

From what I can see, is the remake of a pretty famous Tam/Telugu movie. That movie, however, had Ilayaraja giving some of his best. This movie, if I am not wrong, had Bhappi the Bling Blimp at his ghastliest.

And I never understood why Beena Rai was always consigned to the bhabhi/maa roles. She was so good looking!

Nida: Lols- yeah how young-looking he has remained :D

AKM: That explains it- I think very often, movies lost out bad when translated into Bollywood. You are v right- the music was def perhaps the worst of Bappi- whom Ive never appreciated very much anyways. Beena- she was def good looking- its def arguable why she was never out of the sis/mum category- :/

ohhh yaaaay! i kinda liked this movie when i was an immature lovesick 16year old, boy how i wished my puerile bf had kumar's swishy hair! i think i might just torture myself one afternoon!

Rum: I really like Kumar- he could be really cute, and could act remarkably well. This movie however is just a waste of cast, time and money- good luck if you decide to rewatch this!

Bolllyfan: Janam is a better movie- its parallel cinema and v intense- but it was a made-for-TV movie, so may be hard to get. On the other hand, Naam was commercially huge, and a good movie too. Another movie, where he is utterly brilliant is Jalal Agha's "Goonj"- it has Juhi Chawla too, which is a added bonus.