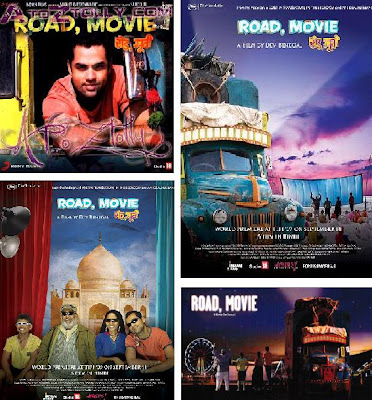 Title: Road, Movie
Year: 2009
Cast: Abhay Deol, Tanishtha Chatterjee, Satish Kaushik, Muhammad Faisal, Virendra Saxena, Amitabh Shrivastava, Suhita Thatte
So lets jump right in, shall we? Its been a while since this blog has seen a real review, so bear with me, I need to get the hang of this again :D

Abhay plays a young man in a small town (played by Jodhpur) in Rajasthan. His heart isn't in his dad (Amitabh)'s hair oil business, which isn't doing well, despite his dad's best, and his own zero efforts. 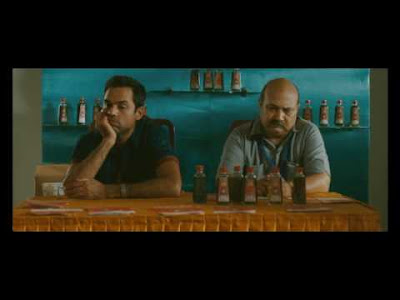 Abhay's dying to get out of town to get to the big city, and when opportunity shows up in the form of an old truck, he jumps at it. The owner wants the truck sent to another city, Abhay's dad wants him to sell some oil there, and Abhay just wants out. 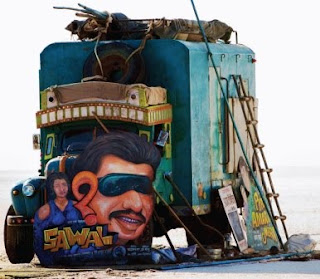 So Abhay drives out of Jodhpur, and from the drive it looks like he drives through Jaisalmer and surrounding areas. En route, he picks up Faisal, Satish and Tanishtha. They are caught by Viren, a policeman for driving without a licence, and they show the movies housed in the back of the truck to appease him- turns out the truck used to be a travelling cinema. They again use it when they run out of cash, food and water, and start a fair (!) in the middle of the desert to make some money. 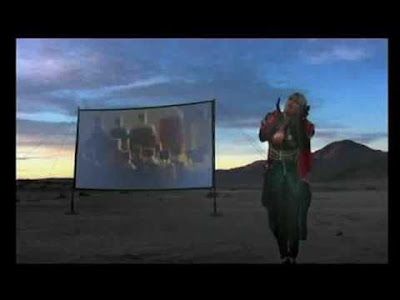 Another addition to the journey is a run through with some water bandits- headed by Yashpal Sharma. The bandits hold monopoly over several water bodies and our heroes must get past them to finish their journey. 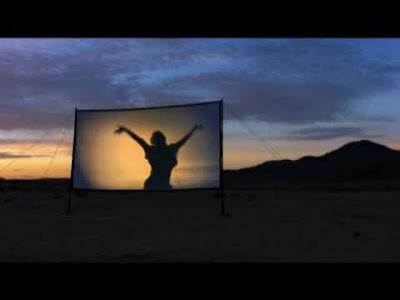 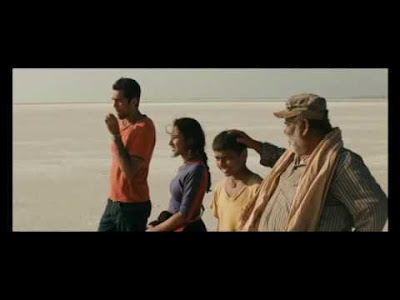 What makes the movie: 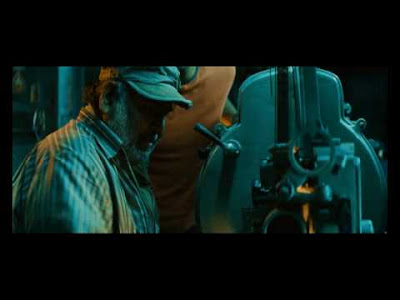 What kills the movie:
Aside: As opposed to others, I don't mind Faisal's dialogue re: Starbucks- since the movie has had extensive international exposure, its fair to use jargon that a international audience can understand. But I'm not forgetting the spanking new undershirts quite yet :)
Posted by Shweta Mehrotra Gahlawat at 9:52 PM

oh, finally someone's talking about this movie. hehe, not much things i have read about this so far on blogosphere.

I kinda liked it for its weird pace, beautiful visuals and ofcourse Abhay. But I think you are right there about repetitious. Satish was delight.So was the girl-tanishta. Wish there were some gripping moments, this would be a fine watch.

oh, and the white desert is Kutchh, Gujarat by the way.

oh, and the starbucks thing. I too marked it. why would a chaiwallah somewhere in Rajasthan, know abt it?
But logic is, Rajasthan has its share of foreigners, so may be that way he knew it. :)

Very interesting!! I kind of wanted to see this but it looks like I could give it a miss... that clothing thing is funny - it always cracks me up when 'realistic' films give characters and endless wardrobe... ;)

I am an Abhay Deol fan and discussed this film on my blog...but i totally agree and forgot to mention the fact that we have seen this character over and over...but maybe it's just me cause I have no problem watching Shahrukh play the Raj/Rahul character over and over...and I love it every time, so maybe that's why i wasn't so bothered by it when I saw it in this film...i really enjoyed the music as well...