While I do watch a lot of movies, as all bloggers realize, posting a full on review for each one isn't feasible- there are way too many movie you just cant get into! I do like to document them at least, so here they are, the unfortunates, listed from my best to worst:
Good 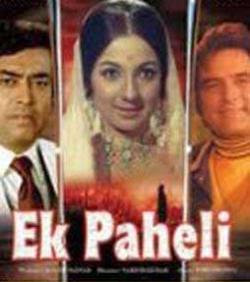 Title: Ek Paheli (A Riddle)/Hindi
Year: 1971
Cast: Firoz Khan, Tanuja, Sanjeev Kumar
Firoz comes back to India from the UK when his dad passes away, and decides to settle in Goa, where the family's property is. He does up his house, and one of his purchases is a vintage piano. And he meets an enigmatic young woman, Tanuja. Tanuja intrigues him, to the extent that he falls in love with her, but she continues to speak in riddles and only meets him in out-of-the way churchyards and such. Suddenly, people he is associated with begin to die out, and the local police, headed by Sanjeev, become suspicious. Feroz is hell-bent on proving himself innocent and loving Tanuja, but there are some things that we cannot control... 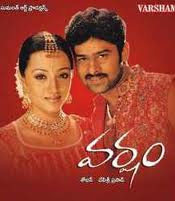 The story is the same, with barely a variant on what we have seen a million times before: Prabhas and Trisha are in love. Her greedy dad Prakash Raj separates them. When Gopichand kidnaps her, then Prabhas goes after her with his friends to get her back and win her love. What will happen???? Is that even a question? 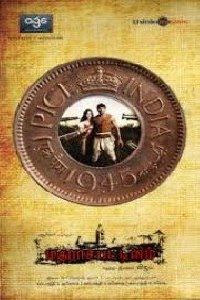 This was a huge hit, so I'm guessing I'll be getting lots of people who disagree with me on this one. Its a period movie, set in the per-independence era, where British Amy comes to India and falls in love with Arya. Amy is the daughter of the governor while Arya is a local peasant, so this doesnt go down at all well with the ruling Brits. The lovers flee, but are caught and torn apart. Amy is packed back to the UK while Arya is left in India. And then she comes back, much, much later.
Good:
Bad: 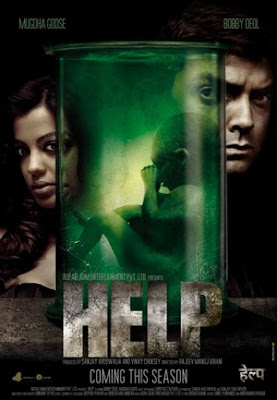 
Before you begin throwing things at me for watching this, know that I did it for Shreyas. I like the guy; he does well at almost everything- almost, because Shryas couldn't save this- nobody could.
Bobby and Mugdha go back to her home in Mauritius for a bit, since her dad is sick and needs care. Mugdha has a sad past- her twin sister drowned when they were five, followed by her mom going to a mental asylum and killing herself there. So clearly, Mugdha isn't happy to be home in the midst of all thsoe memories. Then weird things begin to happen, her best friend dies, and professor Shreyas (!) shows up to help out. What follows is a mishmash of scenes from Ringu, Mirrors and Unborn, punctuated by the loving, hamming pair and a misplaced Shreyas.

Good:
What?
Bad:
All
Posted by Shweta Mehrotra Gahlawat at 2:50 PM

I'm intrigued by your description of Help. I feel like I've not watched enough bad Hindi thrillers and not enough Bobby Deol films, so this could be killing two birds with one stone.

And regarding Varsham: Raghu Babu http://bit.ly/hfdVO0; Prabhas http://bit.ly/e6DCHK. Just want to make sure you are smitten by the right guy. (Sigh, he has really pretty hands.)

Dustdevil liz: Oh Bobby excels in bad thrillers- Bicchoo and Badal come readily to mind. His one thriller I do like is "Gupt," but that may be because Kajol does a great job it it! And thank you for the correction- making the fix- obviously, Im v backward when it comes to IDing the right Telegu stars :D

Ek Paheli is in my rental queue, so I should be getting it someday from the DVD rental company I rent from. Now I'm wondering if I shouldn't cancel it. My main reason for putting it on my wishlist was Tanuja, but if she's as underutilised as you suggest she is...?

Dustedoff: I dont think it would be fair of me to influence your decision to see it. However, I CAN say that this is definitely not the tanuja from Jewel Thief. Think more of a subtle, quiet, enigmatic type.

I read about "Help" in ISHQ, a German magazine about Indian movies, and they wrote probably the same as you did... Just with more words.

Lime(tte): I'm guessing everyone who saw it was making a sacrifice for Shreyas... no other reason to watch this:D thanks for stopping by!