If you watch Bollywood (which is why you would be even reading this), you know that the Indian movie Industry is composed of Bollywood ( movies made in Mumbai, usually in Hindi), Sandalwood (movies made in Karnataka, primarily in Kannada, Konakani, or Tullu), Tollywood (movies made in West Bengal, in Bengali), Kollywood (movies usually made in Tamil Nadu, primarily in Tamil). There is of course Bhojpuri cinema (from Uttar Pradesh), Malyalam, Telegu and Punjabi cinema too, all of which are significant regional film industries.
This makes it sound as if movies are being made all over the country, which is true, but I think what is important to note is that the work that receives the most exposure tends to be from Bollywood and Kollywood. Bollwood and Kollywood actors appear in each other's cinema from time to time, and sometimes there are permanent crossovers (Naghma to Kollywood and Bhojpuri films from Bolloywood, Khushbu to Kollywood from Bollywood).

So what's wrong with this picture? Nothing, except that I don't see much representation in Bollywood from the North Eastern states of Assam, Arunachal Pradesh, Manipur, Meghalaya, Sikkim, Tripura, Mizoram, Nagaland and Mizoram. Of these states, Assam does have a substantial film industry, which shows up sporadically for the national awards, but that's about it. http://en.wikipedia.org/wiki/Cinema_of_Assam

In terms of popular (Bollywood/Kollywood) cinema, I came up with this is the list of popular artists hailing from the North East: 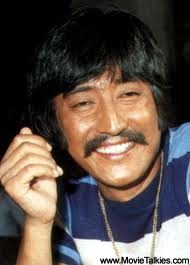 Danny Sikkim represented! He strategically used his looks to make good- His "different" appearance has been most successful in Bollywood while playing the bad guy or supporting roles. When he has played hero he has failed (though the movies have been bad too; 1977's Abhi to Jee Lein (Lets Live for Now) comes to mind); the most success he has had playing "good" is as the lead actor's friend or benefactor (199s's Khuda Gawah). His Frozen (2007) is one of the most beautiful movies in recent times, and has gathered a handful of awards in Internal festivals. With all his talent, he has never been accepted as a lead. 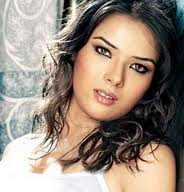 Udita Meghalaya represented! She doesn't look very North Eastern to begin with, and I wonder if this fact made her Bollywood debut easier to the casting directors. She is a bad actor, so I really don't care if she does many movies. 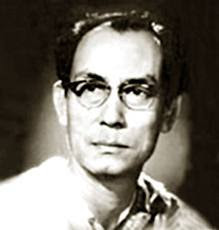 SD Burman Tripura represented! He is so inspirational- the 2nd son of the king of Tripura, he withdrew from all matters of state so that he could concentrate on his music. with that kind of focus, it is no wonder that he did make good.

Bhupen Hazarika Assam represented! He is one of the reasons for this article. despite his stellar music, his innings in Bollywood have been short - which may largely due to the incestuous ways of the film industry. An outsider, no matter how nationally lauded he may be, tends to get the short end of the stick unless he makes influential friends. Mr Hazarika has relatively low visibility in cinematic music, nationally and internationally. Maybe he doesn't care- he has enough of an audience for his non-cinematic albums. But all artists appreciate appreciation.

Kelly Dorji is Bhutanese by origin. Ramp model and super cute, and seems to be working on a career centered primarily in Kollywood. 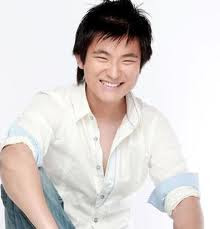 Meiyang Chang is Chinese by extraction, but satisfies our "different" appearance criteria, and is the second reason for this post. He is super cute, and yet, I don't see him being cast in a lead role, while lots of rubbish actors keep getting casted on a daily basis. PLUS, he is a blogger too http://buddhasoliloques.blogspot.com 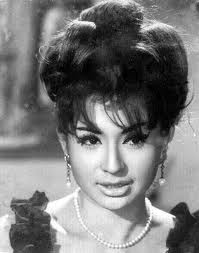 Helen: She is French-Burmese, and such a talent, that years after she has officially stopped acting and dancing, she STILL is called back often. Cant say enough about her, so will just stop.

[sigh]
I get so frustrated. . I couldn't think of any others; feel free to let me know who I am missing. I do know that I am missing all the supporting actors who play random roles- especially the ones playing Nepalese cooks/guards/ what-not. I was looking for popular artists, and it seems to me the North East is very ill represented on a national level.
There has to be more talent out there than this. This cannot be it. And this dearth isn't just in artists from that part of the world- it is also the characters in films: The last time we had character from the mountains/North East in a "hit" film was Aamir in Three Idiots, and he didn't look it.
One of the reasons offered up to explain the dearth of North Eastern actors in mainstream cinema is that they look different. There- I wrote it. Its whispered about, no one talks about it, and the idea is refuted by giving examples of Danny, Udita and Helen. BUT they look beautiful, I protest-; besides, Bollywood has never really stopped "different" looking people- SRK was called different when he started, and look where he is now. Nope, not buying that one.

I cannot believe that there are so few talented folks in the North East either, which, believe it or not, I have read about online- utter rubbish. What may be a plausible culprit is the state of unrest in that part of the country- but then, there is unrest all over. That cannot stop talent. Or can it?

You know, your article reminded me of a newspaper article (last year, I think) on prejudice faced by students from the North-East studying in Delhi. The horror stories they told were shameful. I wonder if that's what's reflected in the fact that there are so few people from the NE in Hindi films. (By the way, if it's a question of people from the mountains, then you'd need to make a separate list, because Bollywood has - or had - a fair number of Kashmiris on its rolls!)

Dustedoff: Its terrible, is what it is. I do think that NE students have to make their presence felt and not allow people to walk all over them- its so wrong. You're right of course- I don't mean everyone from the mountains. Its just that anyone who looks different seems to be missing- most current Bollywood stars appear to have similar, Northern Indian-ish features. Most of the women are almost interchangeable.

Oh, and by the way - if you have Bhutanese and Chinese in your list, then does Nepali qualify? :-) Mala Sinha and Manisha Koirala!

Dustedoff: Manisha- of course- i cant believe i forgot! And good to know about Mala- somehow I always thought she was from W Bengal.

Ironically mainstream hindi actors used to pass off as NE characters in some of the movies like Sharmila Tagore in Yeh Gulistan Hamara. I recollect seeing some songs on chitrahaar from this movie where she was wearing NE costumes.

About NE students facing prejudice in Delhi, I am reminded of the scene in Chak De India when Javed asks one of the NE girls who is selected to be part of the team "which country is she from"? The girld identifies her state and says "imagine being treated as a foreigner in your own country" - something to this effect. Mind you these are not the dialogues per se from the movie but the gist of it. Quite a telling reminder to rest of us Indians about the way treat the rest of the country. In the same vein, the telugu girl tells Javed " the difference between AP and TNadu is the same as between Punjab and Bihar when Javed persists in calling her a "madrasi"

Filmbuff: first of all, what a lovely song to remember- I immediately clicked it open on u-tube- thanks! Danny has the most beautiful voice and a great accent :)
I remember that dialogue from Chak De- I also recall being in Delhi, and having a girl in our class, from Mizoram, say something very similar. I don't mind the words so much though- because people tend to generalize- being from UP, I was called "bhaiya" and what not; "stick and stone..etc." I do mind though, outright discrimination where people's progress is hampered because of how we may look. I honestly think the NorthEastern look is very hot- an easy motivation to want to see more folks from that part of my country in the movies we love!

I am late in posting this but I read it but couldn't post before.

Thank you for posting this. I have asked this question on a Bolly forum but got no response.

I really want to want to watch NE Indian cinema but heard it's hard to find subtitles for them?? If you know any, please let me know! Thanks.

Nicki: I think 1 good way to begin is to look for movies directed by Bhupen Hazarika and Jahnu Barua. They have both made award winning movies, and tehrefore there is a higher possibility of (1) actually finding the movies, (2) having subtitles.