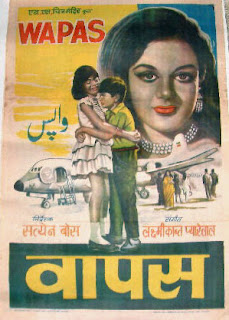 This movie had me completely befuddled. Visually, it looked a film from the 40s...no later than 1959 I'd say. And yet, my research confirmed it was indeed made in 1969!No, it didn't sit in the cans for 10 years and had a late release- the heroine, Alka's youth testifies to that- she is unchanging and comparable to her other releases during the era. It's uncanny!


The movie open with Alka living in Bombay with her parents, Mom (someone tell me her name!) and Styajeet. Mom wants Alka to marry a rich man of her choosing, while Alka is in love with Shekhar, a poor singer. 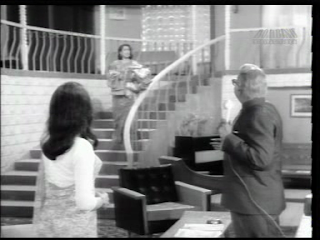 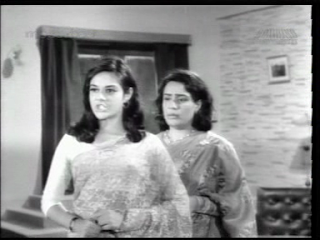 So love triumphs, and quickly, with the young lovers marrying an posing in filmi-style montages. 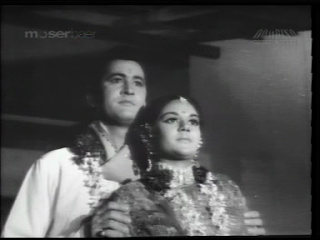 Mom is so pissed that she moves to Delhi with Dad, bag and baggage. They don't like the new city, but refuse to go back. 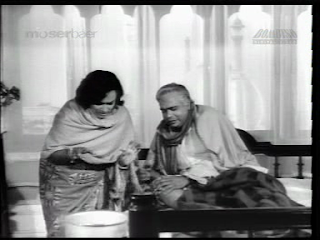 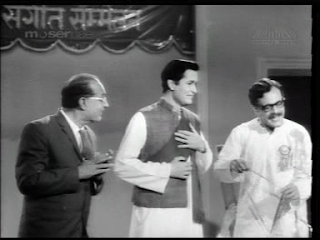 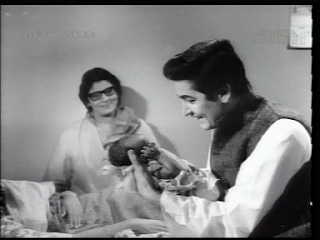 ...and he gets a movie role! Jankidas brings him to the studios, who are happy to hire him opposite their resident heroine, daughter to the spiffily coiffed and made-up Leela Mishra. It was glorious to see her vamping it up~ 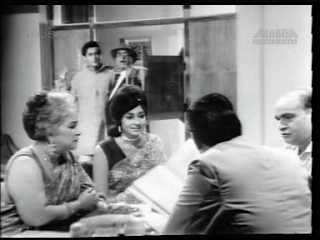 And so shooting begins, and there are some real fun shots here- 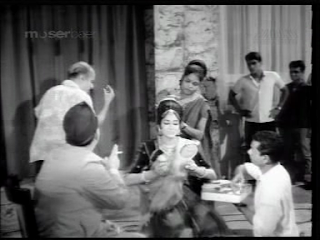 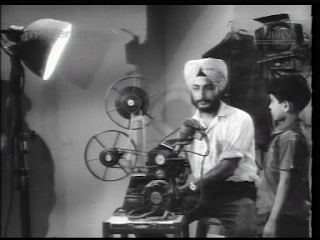 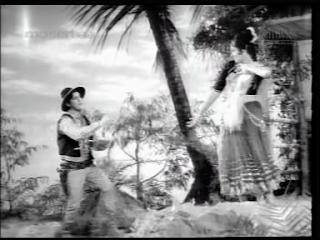 The movie is a hit, and Shekhar is a star. Jankidas and Leela go into over-time spreading rumors about Shekhar and his heroine. Rumors=fame, they argue, and fame=$$$. 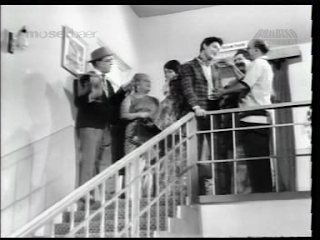 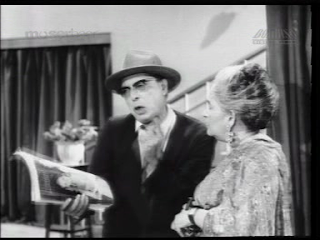 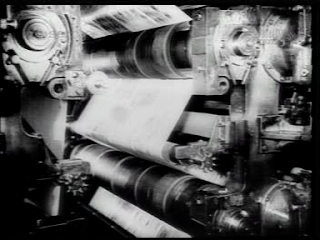 Alka isn't happy with the gossip, 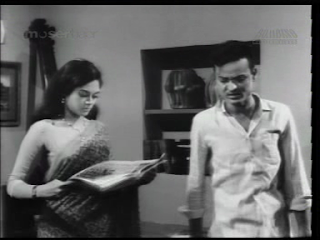 ... as are her parents, who rush back to town to inquire about her well-being. 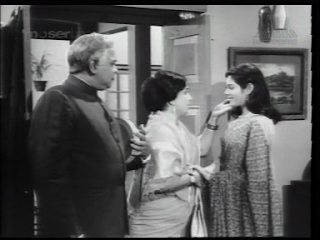 Resident evils #1 Mom and #2 Leela quickly begin instrumental in driving apart Shekhar and Alka, and the unhappy couple are on their way to divorce court in no time at all. 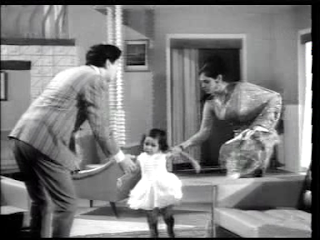 The heavily-Bolly judge grants the son to Shekhar and the daughter to Alka, who moves to Delhi with her parents. Shekhar is left alone with his son, his work and a very designing Leela. 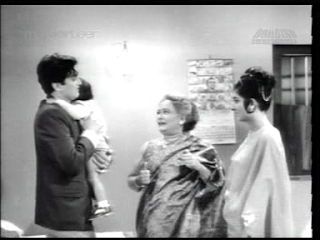 Time passes, as it will, and the kids are grown up enough to take this film to the scripts of The Parent Trap (1961) and Do Kaliyan (1968). why Satyen (the director) chose to do this barely 1 year after the release of the remake, I will never understand. 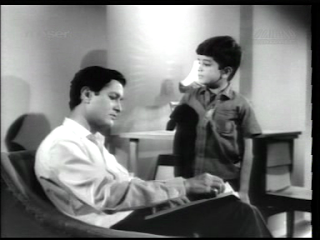 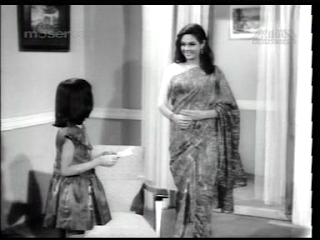 Unlike the going-camping scenario of the earlier movies, which wouldn't have worked here anyways, since the kids aren't twins, Shekhar's daughter simply going to visit him. 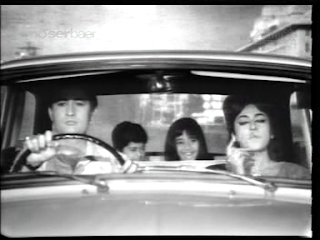 ..Which is followed by a scheming Leela & Co., 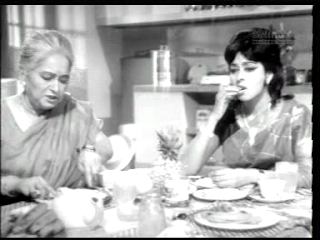 ... and counter-scheming by the kids. 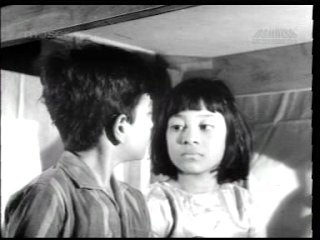 And you can easily imagine how all this wraps up.

Wapas isn't a bad movie, but it definitely feels redundant with a very tired script. The highlights are Leela Mishra and the lady playing mom to Alka with all their gesticulations and scheming, while Alka is decorative in parts. What I really enjoyed are these two songs by Mohammed Rafi, that stay with you long after the movie is forgotten. Enjoy!

Ek tera saath is a lovely song, isn't it? I hadn't known which film it was from.

Somehow the 'sweet kids bring separated parents together' (a plot also used in Main Chup Rahoongi, besides Do Kaliyaan) irritates me no end, so I'm unlikely to see this - except for the music, which sounds wonderful.

Ek tera saath is a lovely song, isn't it? I hadn't known which film it was from.

Somehow the 'sweet kids bring separated parents together' (a plot also used in Main Chup Rahoongi, besides Do Kaliyaan) irritates me no end, so I'm unlikely to see this - except for the music, which sounds wonderful.

I'm not very fond of movies with cutie-pie kids trying to re-unite their parents. I could just about tolerate 'Do Kaliyan' because of Baby Sonia. :)

It's always good with a movie inside a movie - I like that ;).

Dustedoff: I was never a Rafi fan, but the songs from this film rather converted me. The kids were rather blah, but the vamps and the music made it up for me :D

Banno: I honestly didnt think the kids were that cute either- simply annoying, like most filmi-kids.

Thanks for this review ! One correction , the heroine is Alka not Azra .

Hi Milind:
Thank you for stopping by and also for letting me know. Making the correction.