Shoot Lokhandwala, movie director-wala, actor-wallas, and everyone else associated with the movie

Celebrity connection: Turns out Vivek Oberoi is my 1st cousin's 2nd cousin- which is neither here nor there, since he obviously has no clue I exist. Honestly, the boy needs a couple of decent movies, where he for once does not play a gawky college boy or hit man- he appears to be stagnating badly. 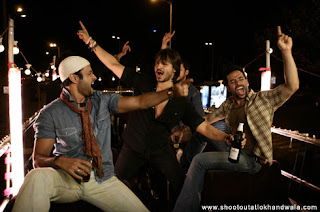 Good things first: the movie was shot beautifully; the camera work is brilliant- sometimes gritty, always real and classy. All the actors redeemed themselves remarkably well, except Tushar Kapoor who I still think needs to basically stop acting asap- or at least simply devout his acting abilities to his sister's soaps. Not to miss: Shabbir Ahluwalia and Rohit Roy, who are more than brilliant in their pieces. Amrita Singh is good- Amitabh is irritating. And I do not care a whit how Sunil Shetty acted, 'cos I love him! 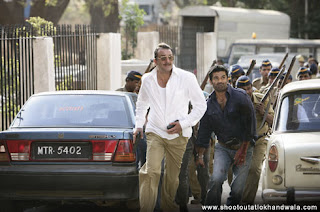 So what went wrong? I think the director was simply trying to cover way too many bases. The story is basically surrounding a shootout in the Lokhandwala residential area (Bombay), between the Anti Terrorist Squad (ATS) and some perpetrators from the underworld mafia (no, I will not call it Mumbai- I never remember to, until its way too late anyway). The movie essentially covers the events that led to the event: dominated by the ATS, with the mafia members all dead. 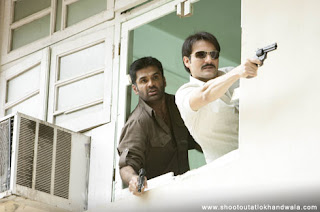 This could have been simple sailing, but the director adds a lot of clutter, which interferes with the flow of the movie. There are many, many songs, which should have been limited to two at most. Then there is a LOT of emotional background provided for each of the police officers and gang members, which gets tedious, boring and confusing. Dealing with police-mafia interactions would have kept the movie crisp- instead, the mushy emotion muddies the waters to beyond redemption. Lastly, the director makes no stand for himself. He does not make clear where his sympathies lie, but instead poses the question to the audience as to who is at fault- the criminals or the police for their barbarism and intolerance. The question iteself is posed in a very half-hearted way, and closes the movie on an unsatisfactory note. 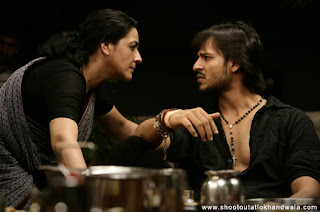 Avoid- or concentrate on Rohit Roy, Amrita and Shabbir (and of course Mr. Shetty) and bear the rest of the mess!
Posted by Shweta Mehrotra Gahlawat at 9:16 AM