They are coming hot and fast! I had made a firm resolution to stop watching Hollywood movies (after all, there is so much of Bollywood to see), but this IS a really entertaining set of movies out this year, so couldn't resist :D The Hulk, the way it SHOULD have been made the first time! I like Eric Bana as much as the next girl, but Ed Norton makes the Hulk so much more humane- it IS incredible :D Add in some brilliant camera work (especially in the Brazilian scenes), and this is truly movie gold ... cant wait for the next Marvel flick! 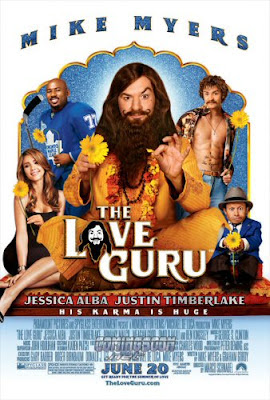 An Indian guru coming to the West to teach love and peace is old hat in terms of a plot-but its never been approached with so much humor. At times the physical comedy gets a bit out of hand, but what else would you expect from a Mike Myers movie? Restrained, subtle humor? Puh-leaaaase... 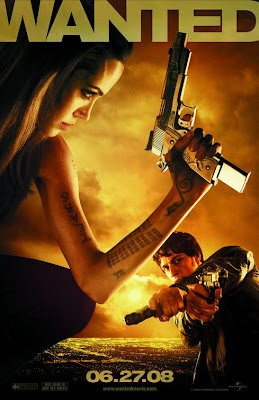 Do we really need countless assassin movies with Ms Jolie in them? I've just seen her in so many of them that I'm a bit over it. Granted, Mr. McAvoy jumps in to further beautify the scenery, but in the end, I am not quite sure if it was enough.

Cons:
1-Personally tired of assassin movies at this point. Am going to watch a marathon of 007 movies to get a solid dose of the real McCoy (bad pun intended) :D
Posted by Shweta Mehrotra Gahlawat at 9:29 PM

I'm not sure about 'The Hulk' or 'Wanted' but will see 'Love Guru' if I can. But yes, don't we all watch too many films. I wonder sometimes.

Did you see Tarun Arora in the Love Guru? He's the guy who played Anshuman in JWM and I read on his filmography that he's in LG somewhere. Not that I'll be watching it under any circumstances. Hulk and Wanted look like fun, though.

Like you, I LOVED the Hulk. Liv Tyler was so... wonderful, and Ed was great too. The plot wasn't perfect but I felt the acting really elevated it.

Banno: I'd recommend the Hulk too, if you have the time!

Ajnabi: I don't think Tarun appears in the Love Guru- I checked IMDB as well as the movie credits, and didnt see him anywhere in it either :) and wont give up on BW yet- Jaane Tu (saw yesterday) was really pretty good!

Daddy's girl: Live is so adorable always yes :D and spot on about the acting- but Ed makes t all appear almost high brow - rofl :)

Hahaha! I agree with you on Angelina Jolie. I still want to see the movie though. Interesting to see Angie and James together.

Completely understandeable- this was one I HAD to see, just becos of her :D