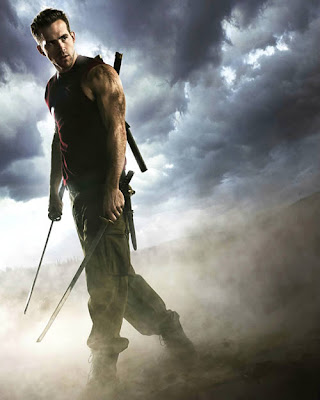 I know I'm going to be taken to see this film, simply because my husband is a die hard X Men fan. But I don't really mind - Hugh Jackman is good enough reason for me to see it.

Don't know when it's coming to our neck of the woods, though...

I agree that the cast look like they are having a blast!

The only problem I had with the movie was that the beginning wasn't long enough. I miss that nice Bollywood-style half-hour beginning. I wanted to see more of the boys (all the boys) in Vietnam and then in their top-secret squadron so that we as an audience were more affected by their deaths.

Dustedoff: Absolutely! I do think u will enjoy this one- lots of Hugh to love :)

Filmigirl: That WOULD have been more fun, i agree. Maybe they can give sequels to the others, and use Veitnam as a starting pt? it may wk.

How did you find Watchmen's opening credits?

i almost laughed out loud when the helicopter blew up, then blew up again, then one more time...

Oh, Shweta, hate to disagree so vehemently with you here but Wolverine is most likely to be the worst movie of 2009 for me (if there's anything worse than this out there, I won't be watching it). Just such a lame movie, I was bored at first and then busy boggling at how many tired clichés they utilized. Anyway, won't diss it more as to not take up more space in your blog. :D

Bhargav: was ok- but they didnt have Hugh :D

Nomad: Sorry was too b usy oggling the men to notice much :D

Veracious: But that's ok! For me, sometimes I am so caught u in a character (or a few) that the rest of the idiocies of the movies become entirely incidental :D