Here are short takes on movies we have seen in the past month- categorized into the good, the bad and the ugly, beginning with:

Title: Gandhi My Father
Year: 2007
Cast: Akshaye Khanna, Bhoomika Chawla, Shefali Shetty, Darshan Zariwala
Brilliant camera work. And a darned good movie.
On a personal level, I have had Gandhian leanings since I read his autobiography at age 10 (yes we were readers back then, as we still are), and the character traits (focused to the point of mania via his belief in strict discipline) I have always imagined in him are bought to life on screen here.

Akshaye Khanna is a revelation as Hiralal- I have always loved him to distraction always, and he finally gets to exhibit his very real acting talent here. 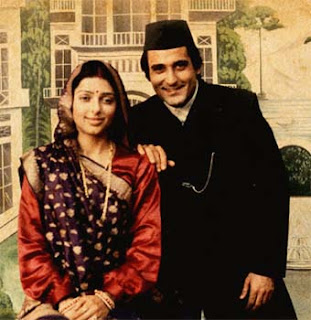 The movie basically portrays MK Gandhi's life behind the political facade, as Attenborough's Gandhi (1982) never did. It highlight's Hiralal's struggle and ultimate failure, to establish his own identity, trying to live up to his father's name. 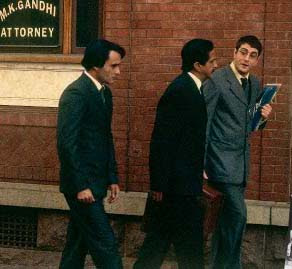 I empathise with Hiralal's character- I also have never been quite good-enough by my dad's standards, and it has been a rough ride, always trying to fulfill his expectations and hopes. Now that I have matured (somewhat), I have quit chasing my own tail (i.e., striving to surpass my own achievements), and am at peace doing the best I can. Turns out that this actually pleases my dad better- but Hiralal perhaps never got that opportunity. Lets admit it, being Gandhi's eldest kid would be darned hard to live up to. Gulab (Bhoomika) and Kasturba (Shefali) are both very good actors, and excel here, but have relatively smaller roles to play.

Aside: This has also been touted as a debut vehicle for Producer Anil Kapoor. It isnt- the forgettable Badhai Ho Badhai (2002) was his debut as a producer, but that's neither here nor there.


See this if you haven't- it is totally one of my top 5 this year.

A baby shows up one fine day on their doorstep, and soon accusations fly fast and furious between the three- but no one is quite willing to accept being the father. Searches for the mother result in futility, until they almost manage to kill the baby with exposure and henceforth learn to be good dads. And of course soon after the mom (Vidya, with a completely HORRIBLE wardrobe) shows up and takes back the baby. And of course (again), the most popular male lead in the list, Akshay is the dad, who now gears up to win the lady's hand and his kid back. That's it in a nutshell- try not to see it.

Aside: Ritesh is one saving grace of the movie- that boy is beginning to grow on me I swear..... 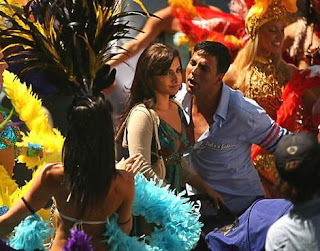 Title: Khallas- The Begining of End
Year: 2007
Cast: Om Puri, Goving Namdev
I love B movies- and this one is particularly deliciously awful! Bollywood B movies make no sense, but if you see them on DVD (as I do), you fast forward the parts where you are basically falling off your chair (as I do again), and just imbibe the glorious awfulness of the (non)acting, editing and general ineptness of movie.

This one apes gangster movies like "Company" and "D," and even names itself after a song in "Company," albeit with terrible grammar. 4 goons (for whom the viewer cannot garner any empathy whatsoever) rum rampant murdering and doing shady stuff- one of 'em has a girlfriend. In the end, all die in the hands of the police- that's all there is.

Aside: what the heck was Om Puri thinking of, doing this? I know he did Disco Dancer, but that can be blamed on the rawness of his career at that time- but this one is unforgivable! 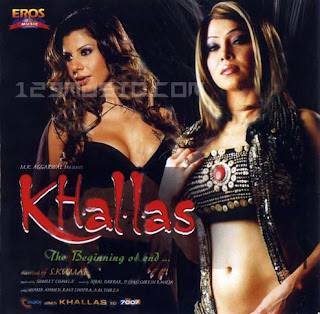 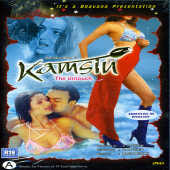 Title: Kamsin- The Untouched
Year: 2007
Cast: Disha Vakhnai, Aman Sagar, Amit Panchori
Another B movie! This one is absolutely excretory, to the extent that even IMDB does not list it!!! With novices essentially "play"acting all over the screen, lots of bosoms of rather ugly ladies in tasteless display, and a very tired looking cast, there is really nothing of credit here.

Our heroine (Disha) wears 1 set of fuggly, baggy pants through the movie, and is the most enthusiastic actor of the lot, which doesnt say much at all. Her boyfriend (Aman, I think) is probably the ugliest leading-man alive. And the movie isnt really about them either- a man finds his wife in bed with another, kills and buries them both and develops a maniacal tendency to kill all cheating women. He somehow becomes the caretaker for our heroine's house, and kills off her lady friends, until caught by the police. Aside from the bad grammar in the title, upon being caught, our killer declares himself to be psychic (he is really trying to say psycho- rofl), and everyone around him echoes his words in agreement to his condition.

Very very awful- finished it in 30 minutes, which is more than this movie deserves. See it for the (completely unintentional) comedy- but only if there is absolutely no other choice for entertainment.

Posted by Shweta Mehrotra Gahlawat at 12:57 AM

i literally went into splits reading the reviews... i mean my secy rushed in asking about my well being!!

just where do you get the DVD's of these B movies??? i must salute your motivation to review bollywood movies that made you sit through and watch Khallas and Kamsin.... i still cant get over it...

The key to enjoying such a movie is your handy-dandy fast forward button, which is important during: 1- screechy songs,
2- MINUTES of supposedly meaningful gazing at the camera by various non-actors and
3- when miles of footage are wasted on "driving on the road" (and yes, in "Kamsin" you actually see a total of about 20 minutes of ONLY aimless, wobbly driving across a empty road, WITHOUT any dialogue/song!!!)

My hubby is responsible for finding me movies (many times, he protests loudly when he sees the titles, but I ignore the boy's remonstrations).

Totally agree on Heyy Baby(that's the only one I've seen on this list)! What really irked me about that film was there was literally NOTHING leading up to the baby on the doorstep. Just the intro song, then Akshay opens the door and there's a baby. Then chaos. I could have done a better job with my videocamera!!!

Thats true yes- now that you have reminded me of this movie, in hindsight, I also think that the portrayal of both women and children in the movie sucked big time....

haven't seen Heyy baby yet.....man, Ritesh Deshmukh is aweSOME! Did you see his 'apna sapna money money'? what a treat!!!
no comment for the B movies.

Hi Trupti- thanks for visiting!
I havent seen "Apna Sapna," but I guess I'll have to give it a try after your recommendation. I personally have liked him best in Bluffmaster to date.

B movies are essential to making us appreciate the others :D

girl, you gotta watch apna sapna money money, it has both ritesh and Shreyas in it.....and how about 'kya kool hai hum' did you see that one with ritesh and tusshar kapoor? I laughed my arse off with both of them.

Thanks Trupti- I will try to get copies :)