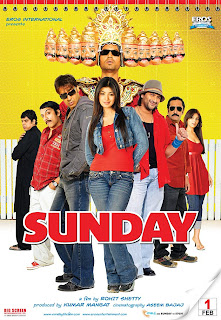 Title: Sunday
Year: 2008
Cast: Ajay Devgun, Ayesha Takia, Irfan Khan, Arshad Warsi.
If you have visited here often, then you have to know that I adore Irfan Khan- I try to watch all his work, which is always entertaining- whether he is being goofy or serious. I first fell in love with him in "The Namesake," and since then have sat through even crap like "Charas" and "Rog" for his sake :D

And Sunday doesn’t disappoint- not in the least. Aside from Irfan, every one else puts in very decent performances as well.
What it is:
Ayesha is an animation dubbing artist blessed with a terrible memory, living in New Delhi. One Saturday night, she returns from a club- when she wakes up it is Monday- she has lost one day in between, and cannot remember where Sunday went... 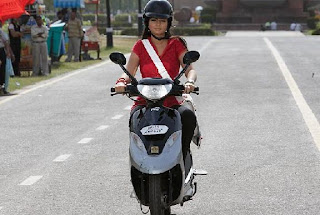 On top of it, goons seem to be following her everywhere, with intent to murder. The local police inspector, Ajay comes to her rescue, and in a true Bollywood-style coincidence, also just happens to be the guy whom Ayesha's mom wants her to marry. 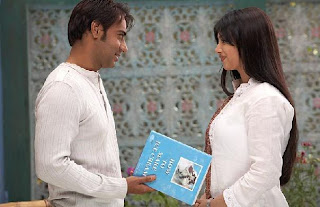 By the time this crazy ride ends, we find that Ayesha had been up to quite a bit Saturday night- escaped date rape by the breadth of a hair, copped a ride on Arshad's crazy red taxi, danced w/ Arshad and Irfan (a struggling actor who hitches rides w/ Arshad in costumes ranging from Ravan to Don) and been a witness to a murder- which she does not remember. The highlight of most of this madness turns out to be Irfan's many costume changes: 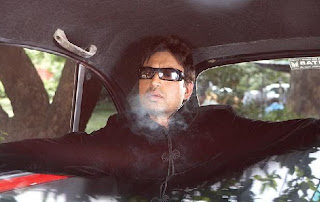 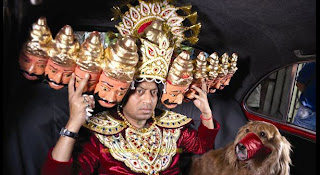 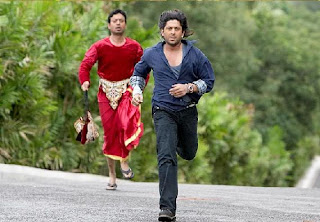 The murderer is obviously the man who has sent hired goons to kill her, and the rest of it is Ajay's investigation zeroing in onto the man, with Irfan and Arshad's bumbling assistance. 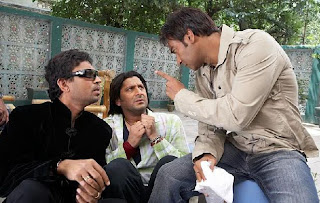 Alls well that ends well: Ayesha and Ajay end up married, Arshad ends up with a travel agency w/ red cars all around, and Irfan finally becomes a star- of Bhojpuri movies :D 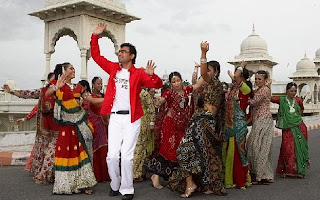 In conclusion: This was really quite entertaining- a fairly engaging murder mystery that manages to be light-hearted and comic and fun all at once. The climax is a bit of a let down, but no serious complaints.
Highlights:
1- A movie shot in Delhi- I have a weakness for my old stomping grounds, so I love to watch any movie with Delhi in it.
2- Ayesha, Arshad, Irfan- adorable, wholesome, fun- I can watch these three forever. Irfan constantly pokes fun at himself as well as the Bollywood fraternity, and ...oh haven’t I said I love him? :D also liked the guy who plays Ajay's sidekick- he usually appears in villainous roles, and here he exhibits some very good comic timing. Ajay just needs to get a decent hair color- seriously.
3- The murderer IS NOT obvious- unlike 90% of Bollywood mysteries- so the suspense quite sustains through the end.
4- And I like the songs...my car blasts Sunday everyday...
Quibbles: Nothing really- it delivers way more than the promos promise.
Posted by Shweta Mehrotra Gahlawat at 4:32 AM

It is an essential if you harbor Irfan-love.

I don't yet, but maybe I will!

The photo in your header is gorgeous, by the way. Where is that?

Lovely! I would love to go there!