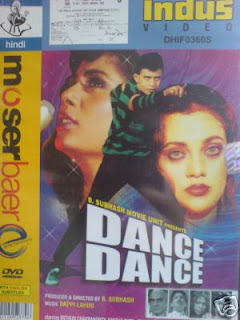 “Atlantis is calling…SOS for love” got turned into “Zubi Zubi Zubi,” and became the theme song for this enchantingly idiotic sequel to 1985’s “Disco Dancer.”
If "Disco Dancer" was 10 years behind the disco craze, this was 15. Do we care? Not at all- therefore let us jump whole heartedly into this insane atrocity. During the course of this review, I will be pointing out similarities from Disco dancer....so beware! :D
Title: Dance Dance
Year: 1987
Cast: Mithun, Mandakini, Amreesh Puri, Om Shivpuri, Shakti Kapur, Smita Patil.

Shyam and Sita have a band! 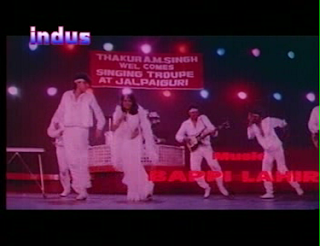 They also have 2 kids: Radha and Ramu, and are poor as churchmice, but still insist on feeding halwa (a Indian sweet) to Ramu (a very annoying kid- as bad as the one in Disco Dancer). 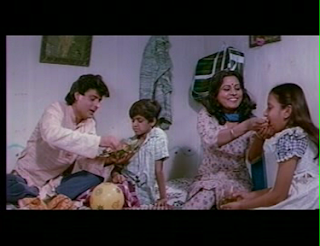 The parent's get a offer to sing in another town, and take off, leaving the kids behind. Keep in mind that the girl child, Radha, is barely a year older, but must still take care of Ramu and feed him in the parents' absence. (Someone call social security! NOW!) 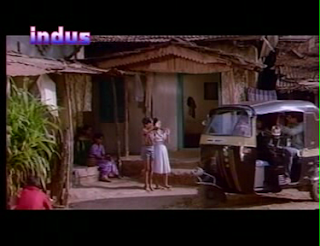 On their out-of-town engagement, the father is killed off and the mother abducted by AM Singh (Amreesh), our villian of the day. Amreesh decides to keep the mom with him, and bother her with hideous music tht he insists on entertaining her with. 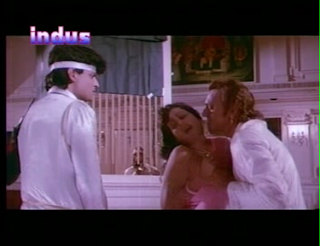 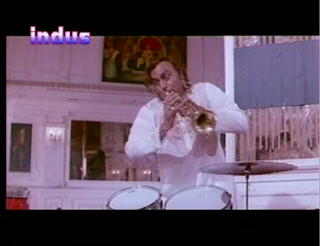 The kids grow up by themselves and exhibit terrible fashion choices.... 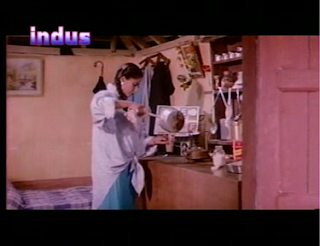 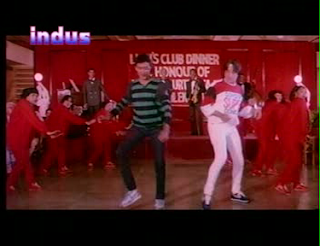 Radha is played by Smita Patil, a very talented actor- I have no idea why she agreed to this movie, cos she gets a really bad deal on costuming. Also she is the "mother figure" for Ramu (Mithun) with echoes grounded in "Disco dancer." (DD from here on) 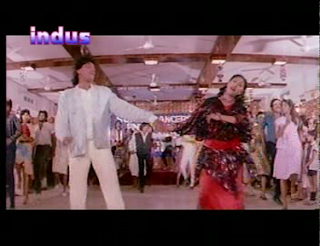 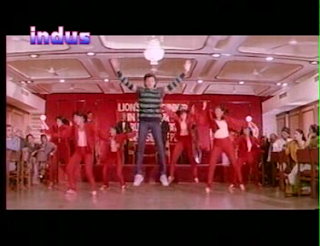 They become fairly popular, and even wear worse costumes, if that is possible... 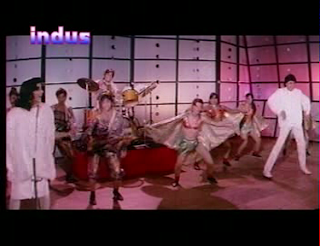 Ramu falls for Juanita (pronounced Jaanita in the movie for some reason), as played by a fairly beautiful Mandakini. 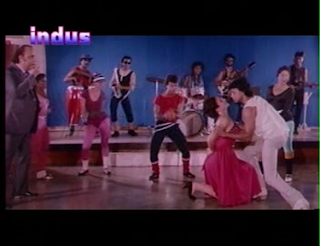 Radha marries Resham (Shakti Kapur) who beats and tortures her to the extent that she dies on day. 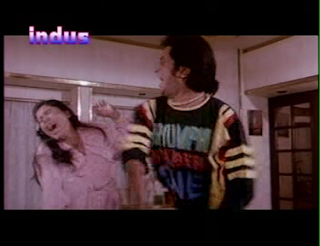 This leads to a prompt embrace of alcoholism by Ramu, who becomes completely socially inept and refuses to perform (more DD anyone?), despite much singing by Juanita. 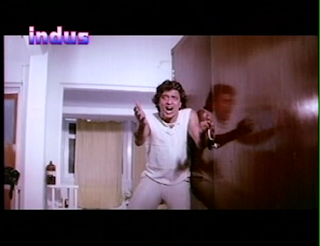 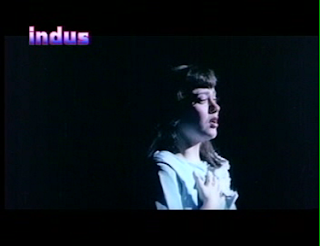 Juanita keeps performing, and one day goes to the same town that Ramu's parents did when he was a kid. She too is seen performing by AM Singh- the guy does nothing but watch TV or go to shows, still playing the ol' trumpet. 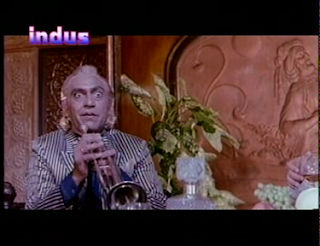 AM Singh's attempt to kidnap Juanita is thwarted by Ramu's mom, who saves the day with a machine gun!!!! 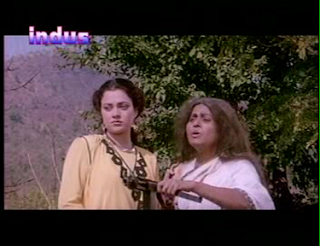 Back in Bombday, Ramu is finally reunited w/ him mom, gets a automatic punch of confidence back, and swears to avenge himself on AM Singh. Also note how the mom-son duo have completely forgotten Radha and avenging her death...tsk tsk. 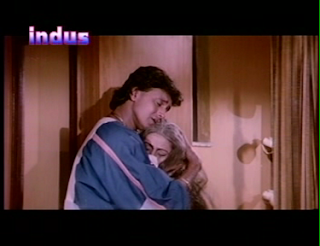 Juanita and Ramu perform, AM Singh attacks, and all hell breaks loose...and Mithun fights the baddies in a women's flashdance costume. 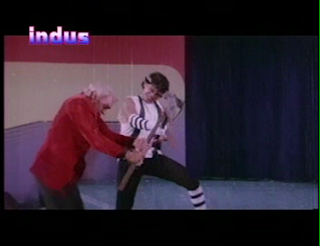 Resham dies saving Ramu (I guess that somehow makes it OK for his having killed Radha- snort), and AM Singh is taken off by the police, and they keep dancing happily ever after. 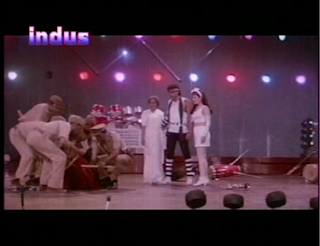 Good lord, what the heck was Smita Patil doing associated with this mess? I guess everyone's gotta eat ;) Some Bollywood movies are 'good' bad and fun to watch - this one just appears to be 'bad' bad but made for an entertaining review!

Thanks for your comment Sanket- maybe they roped her in to lend gravitas to the project? who knows...

I second that, Sanket! But she's also in Namak Halaal...I guess when she slummed it, she went all out. Wow! This looks terrible. I was promised a copy by a friend in NYC a year ago - clearly I'll have to take matters into my own hands.

Is that the same mom as in DD?

Thats so true Beth- I remember reading an old interview of Smita's, where she said she cried buckets after doing the rain dance in "Namak Halal"- she was apparently that mortified!

The mom here is different. However, the mom from DD plays a good samaritan in DD2, who helps Mithun and Smita on their way to success :D

I was so happy to find this post! I wrote a couple posts on this movie that you may want to check out:

So glad you put up those great screen images of the movie. Damn that AM Singh!

p.s. this movie was the first I'd seen with Smita Patel, so I found it funny that she was associated with "Parallel Cinema." So I have the reverse impression when I've seen her in more "artistic" films, thinking, why not more like DANCE DANCE?

LOL
I do believe she did a bunch more like "Dance Dance"- "Namak Halal," and "Bijli" are some of the very "commercial" movies that she did to pay the bills.

Thank you for stopping by. Its also given me an opportunity to discover your blog, which seems like a lot of fun. Keep visitng!

Smita Patil is the realistic actress that bollywood had ever produced. She destroyed the myth that actresses require mannerisms to attract the attention of the viewers.