This past weekend- 2 movies

We are inserting a Hollywood piece in here, since we at Apni are equal opportunity movie lovers…:D 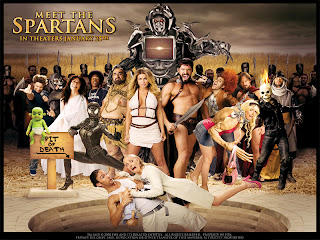 Title: Meet the Spartans
Year: 2008
Cast: Carmen Electra, Ken Davitian, Method Man and a bunch of others that don’t matter too much.

This is a really hilarious spoof of last year’s “300.” Carmen Electra seems to get some bit part in any spoof made in Hollywood for the past few years (why??? how???), and here she probably has the longest screen time in any of her movies even, playing King Leonidas wife, Queen Margo.

Leonidas is the king of Sparta. When Persian king Xerexes (Ken Davitian, the sidekick from “Borat”) attacks, instead of accepting his rule Leonidas defends his country with 13 (the number was shortened in the spoof) handpicked warriors. With no cooperation from his countrymen, Leonidas and his soldiers fight on, and die in the battlefield, brave and proud.

Thoughts: I had not expected the movie to be a entertaining as it turned out to be; just keep in mind that you have to have seen “300,” and have a good sense of American pop culture (at least in the past 1 year) to get “Meet the….” It uplifted the rainy weekend for sure. 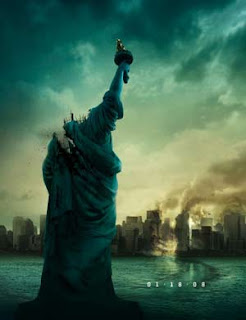 Basically, this movie is the love child of “Godzilla” (1998) and “The Blair witch Project” (1999), had those two movies ever mated together.

It’s Rob’s farewell party in a NY loft, hosted by his brother Jason, Jason’s gf Lily and his best friend Hud, who is also the primary cameraman of the movie. Shot in the tradition of “The Blair Witch Project,” we are treated to almost 2 hours worth of a shaking camera.

In the middle of the party, there is what the friends assume to be a earthquake. They run out of the building, and find that NY has been attacked by a skyscraper-sized monster. The rest of the movie involves them trying to escape the city with their friends- who survives and who doesn’t is really the crux of the remaining hour of the movie, which you must see to find out.

Important points:
1. For God’s sake- if you have even slightly prone to motion sickness, do not watch the movie. I mean it. I puked.
2. Why do all monsters come to NY?? (case(s) in point: Independence Day, Godzilla, King Kong, etc. etc.)


Other notes: I have a huge Bollywood backlog to blog (almost poetic, ain't it?). But busy season is all around me, and therefore I beg you to perserve…..


Posted by Shweta Mehrotra Gahlawat at 6:00 AM

My biggest attempt is to keep away from emotional movies. I am so bad, that my friend and I cried TWICE during "The Namesake"!!! :D I've even bawled through Sholay and Pyasa - would you believe it?

That said, I'll continue to avoid Juno as long as I can....

who would'nt cry during Namesake, Sholay and Pyasa... for me my tears are proof of my humanity not my weakness ;)