I was really intrigued when I saw that this had been directed by Hrishikesh Mukherjee; plus this movie saw Nirupa Roy winning a Best Supporting Actor (Female) Filmfare for her portrayal of one of the many "mom" avatars, so it HAD to be good. Right?

Wrong. It was just about mediocre really- run of the mill at best. 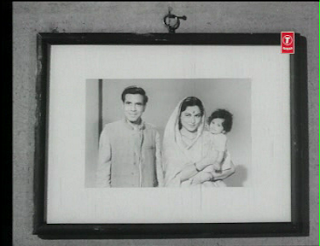 Krishan dies in a car accident, and to save her child from dying of hunger, Nirupa leaves her daughter at the doorstep of a rich man. 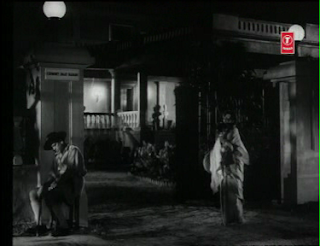 It turns out that Nasir Hussain, who find the child, is a widower, and only too happy to bring up the child as his own. Nirupa plays a smart one, and moves in as the nanny. 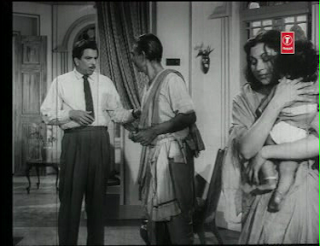 Years pass, and the child has grown into a rather pretty Asha Parekh, 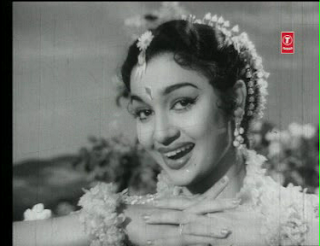 who falls in love with the even prettier Sunil Dutt (ohh- he was so cute!) 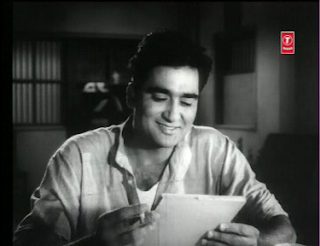 Helped along by comic sub plots (or jolted along, since the comedy is rather flat at best), the movie inches along with Asha never realizing that her own mom is her nanny, etc., the latter suffering away with silen tears (oh come on now- you got what you wanted lady!). 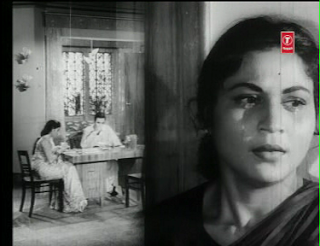 Nasir refuses to let Asha marry Sunil since the latter is poverty stricken, and arranges for the former to be married to a rich man's son. This makes Sunil and Asha very unhappy, and of course, Nirupa feels badly about it as well. 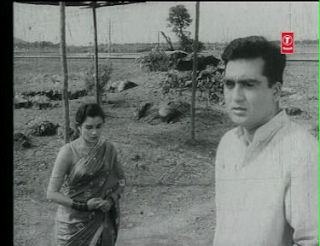 She anonymously informs Asha's prospective in-laws about her unknown parentage, and owing to social norms of the day, the wedding is off- but not before Nasir figures out it was Nirupa who plotted the whole fiasco. 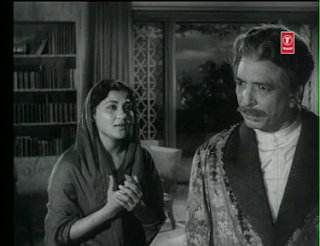 Nirupa is thrown out, but happy- Asha is finally set to marry Sunil. 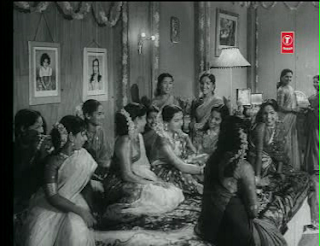 As the wedding commences, Nasir finds a photo Nirupa left behind- the happy family pic with Krishna, Asha as a child and Nirupa. 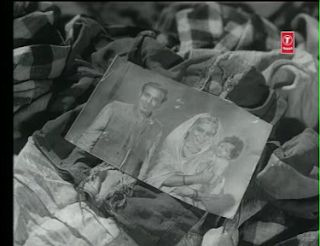 Nasir is struck w/ realization, and rushes to located Nirupa with Asha and Sunil in tow. 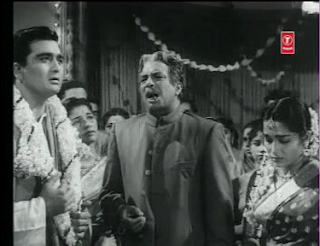 And of course they find her and live happily ever after. 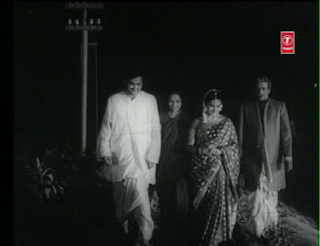 Highlights:
1- The song, "Itna na mujhse tu pyaar badha" is everlastingly beautiful.
2- The very gorgeous Sunil Dutt.
Quibbles:
1- Nasir feels guilty that Nirupa worked as a nanny when she was actually Asha's mom. Should he have felt cheated instead? Here he ended up getting conned into paying a tons of money to bring up and marry off a kid that wasn't his- and paying the child's own mother to look after it! wth! In his shoes, I' be angry!
2- The whole deal about no one wanting to marry Asha since she was an orphan- even Sunil refused until Nirupa begged him to- smells a tad regressive.
3- I know I should just get over it, but I find Asha rather annoying in most of her movies- that petulant act of hers just doesn't cut it for me- but then I have the same quibble against Saira Banu, another actor of the same period. Why were women supposed to be "cute" if shrewish and shrill? Why were they considered ideal if they were passive, sacrificing and submissive? Why couldn't they just be as regular as the guys were portrayed to be? I guess if they were portrayed as regular people, it wouldn't be quintessential Bollywood, so I'll drop the argument. For now :)

How lovely Sunil Dutt looks in these pictures... very, very dashing. I can totally relate to your last comment on Asha, because I just watched 'Teesri Manzil' (really liked it) and really, who acts that way in real life?? I really like Saira Banu though - for me, although sometimes she was required to be a bit OTT in her roles, she tended to redeem herself later on (in at least some of her performances) by becoming less... crazy and more... human (a good example of this for me is her performance in 'Junglee').

I would have jumped on this had I seen it was directed by HM but after reading this I am glad I stayed away! Sanju sure resembles his dear old dad who was such a wonderful actor...

Interestingly enough this happened to me as well with the movie 'Musafir' also directed by HM. I saw the cover with both Dilip Kumar AND Kishore Kumar on it with one of my favorite directors? OMG!!! It was interesting but not really worth recommending to anyone. But I am sure it is the answer to some trivia question somewhere.

Thanks for your comments folks!

Daddy's Girl: Yep yep- I am completely in love with the late Mr. Dutt :). Asha in Teesri Manzil was still somewhat acceptable because Shammi's madness balanced her out somewhat- plus her costumes were so camp and adorable that I culd accept here there. She is particularily jarring here, since Sunil and the other actors have fairly gentle personas to play. Your comment about Saira is very insightful though- I do agree that she would transform from the shrew to the cowed down traditional woman by the end of most of her movies!

Sanket: Exactly! It was HM's presence on the cover that duped me into watching this :D Now I am intrigued by Musafir- I wonder how bad it would really be- I will find a copy one day :D

Great point to nanny/mom about getting exactly what she signed up for, as well as about her tricking the adoptive father. Verrry sneaky. I suppose one could argue that in the social norms of the film that that was what was necessary, but I'm definitely not going to make that argument, because to me it's really just one of those movie plot things that I file under "really stupid idea."

As soon as you said "regressive" I thought "Okay, I'll skip it." Those kinds of things just hurt my head too much.

Ahh- that was the phrase I was missing: "stupid idea." I so didnt expect this movie to be such a nondeliverer- I guess Hrishikesh was just practicing for better movies in the future :) If it werent for a sudden love I feel for Sunil Dutt, I'd consider it a waste of time as well :D

Asha grew on me after a while, although I found her shrill and petulant too at first. But she can inject a sly humor into her roles that made me warm up, plus she never let Shammi get away with too much in their films together! :-)

This one sounds like a teary self-sacrificing nightmare accompanied by many Poor Decisions.

I feel Memsaab therein lies the crux of it- the Asha-Shammi pairing had 1 advantage- they were both so OTT and happy-skippy that they balanced each other out perfectly!
With Sunil however, who is a far more subdued actor than Shammi (except in Padosan maybe, where Sunil just had to let himself go), Asha just probably doesnt mesh that well.