Since we must not disturb the sanctity of this being primarily a Bolly blog, here is a quick round up of summer movies so far: 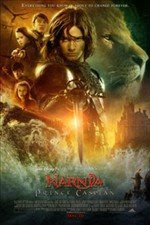 Run through:
The kids are back! Only its been 1.3k years, and Narnia thinks they were a fable. They join hands to BELIEVE and make it all GOOD, and help make the dishy Prince Caspian king.

Conclusion: Its entertaining- not as good as the book, but entertaining. I'll see the next one. 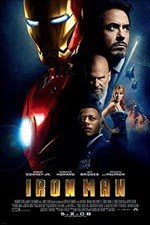 Run through:
1- American Millionaire Tony Spark (Robert) mass produces weapons. But the innocent millionaire is so ensconced in his cushy cocoon that he doesn't realise the effect of his weaponry.
2- American millionaire gets a wake up call when terrorists kidnap him.
3- American millionaire, which we all know is being played by a has-been actor, single-handedly defeats terrorists as well as (kind of) the evil big businesses maneuvering America, and wins the day.

Conclusion: Is there still a question about how many emotional and psychological levels this movie plays at, and therefore became a enormous hit? Is there a doubt about the obvious metaphors? This is not a criticism however; it is a intelligent movie, but nevertheless a manipulative and well-timed one as well.
_______________________________________

The "Absolutely Must See" (in capitals, no less) 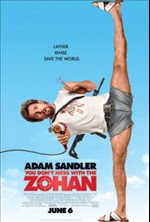 Run through:
If you see 1, but just 1 Hollywood movie this summer, this should be it. So fine, the jokes get a bit dirty, but the idea of a Israeli Mossad agent (Sandler), who fakes his own death so he can move to New York and become a hair stylist, is riotously rediculously hilarious. I roared throughout the movie, and it was good to have laughed so much. Emanuelle Chirqui is the Palestinian stylist in NY whose salon Zohan ends up at as an apprentice. Love blooms of course, but somewhere in there is honestly clever commentary about the inanity of war.

Conclusion: We can laugh about anything, no matter how serious it is. And in that laughter one can find the glimmer of eventual resolution- a Yoda-esque comment, no doubt.
Posted by Shweta Mehrotra Gahlawat at 11:39 PM

Huh, I heard Zohan was pretty much absolute crap. But then, I don't like Adam Sandler anyhow so I doubt I'll check it out.

I adored Iron Man to pieces, though. Such a fun fun movie.

Sandler HAS been doing crap for a long time- but this is not that. I really do beleive in the concept of Zohan- there are tons of in-jokes, and it is really good. Even if you dont go to the theatre, try catching the dvd later :)

Iron man's a fun watch- but I couldnt help but keep drawing parallels to the recently past political scenario :)