Making up for lost time....

Here are snippets on two movies I have seen in the past few months, but havent had a chance to blog about.... 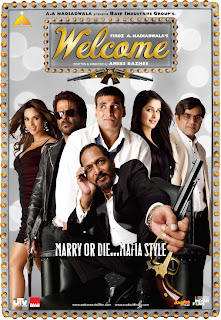 The long and short of it: Truly not a bad movie. Nana is looking out for a groom for his sister katrina, but cannot find any matches in town- everybody is terriefied of him since he is a gangster. When Akshay does fall in love with Katrina, the road to the altar still requires some clearing- since his uncle Paresh is a honest man who cannot bear criminals. 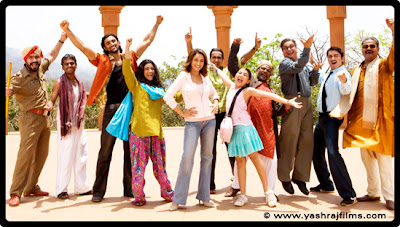 The long and short of it: A huge let down. Madhuri runs out of a Shayamli, a village in India to the US with her beau. She comes back years later when she gets a call from her dying dance/theatre teacher. She come back, and faces the social stigmas of having run away, divorce and being a single parent, while saving her teacher's theatre from being demoilshed. And of yes- did I mention she also finds time to ensure that Konkana and Kunal fall in love, and herself nabs Akshay Khanna (swoooooooon) while bringing the community closer? :D

Posted by Shweta Mehrotra Gahlawat at 6:35 AM

You love Akshaye too?!? Yay! There are too few of us. Actually I have recently thrown him over in favor of Shashi Kapoor, but he does retain some hold on my heart.

I should just look and see, but have you seen Gandhi My Father? The movie is "enh" but he is SO GOOD in it. Maybe not hot, but definitely very good.

Hi Shweta! Thank you so much for the lovely compliment on my blog! I've added you to my blogroll as well!

I'm sad about this movie, though. I was really looking forward to it, but since most reviews and blogs were saying it was such a letdown, I decided to wait for the DVD. Still haven't bought it, but probably will soon just for the Konkana/Kunal romance (which I loved in Laaga Chunari Mein Daag), Madhuri, the dancing, and the songs (which I listened to on Itunes and sound pretty good).

From what I've heard from you and others, I won't expect too much. Who knows, maybe I'll be pleasantly surprised if I go into it with low expectations....

Shweta Mehrotra Gahlawat said...
This comment has been removed by the author.
February 8, 2008 at 8:36 AM

Thanks Nida! I mean it about your blog- your writing flows easy and is fun to read, so I like visiting- and now I am honored to be listed in your roll!

You wont b disappointed by Konkana and Kunal in the movie though- their romancing totally works. In fact, if it wasnt for the supporting cast, the movie would have no substance in it at all. Its not a BAD movie- its just that it doesnt seem worthy of a comeback for Madhuri- all she does is prance around- gets old after a while!

Akshay Khanna has been an exception in the list of bollywood actors who had joined bollywood films in the 90s. He has banked his resources on his decency which most of the actors hardly care about.

Thanks for visiting Souvik- I continue to admire Akshaye eternally :)