Big Brother- no not the show; this is a movie 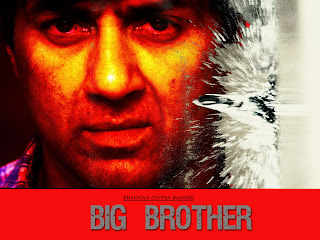 Arjun
Ghayal
Ziddi
Arjun Pundit
Q: What do all these films (and a ton of others) have in common?
Ans: Sunny Deol, playing the middle-class hero who turns to violence when faced with oppression in a world of corruption. 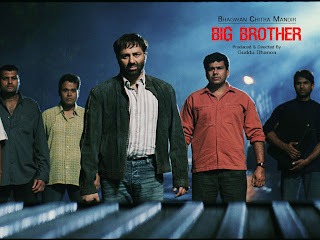 Honestly, the man has to be pretty dense if he cant see the stagnation in his own movie career. Maybe Sunny should make movies instead- stick to production if he can't direct.

Sigh- anyways lets cut to the chase. Deodhar Gandhi (Sunny) lives in Delhi with his mom (Farida), wife (Priyanka), brother and sister. The mother generally encourages him to go and beat up people (yes really) since she wants him to protest corruption and wrong-doing. When some guy throws acid on his sister's face, he decides to kill all perpetrators of crime against women. 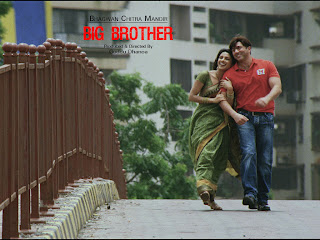 When things get too hot for Deodhar in Delhi, his mother pushes him to Bombay. Of course things go crazy in B'Bay ( I still refuse to call it Mumbai) as well, where he works as a rickshaw (cab) driver. Things look up a bit for the viewer here, since Raju Shrivastava enters in the traditional vidushak (comedian) role to add some levity to the movie in scenes, and Danny Denzongpa enters in the role of a evil police officer.

Deodhar tries to lead a life on the straight and narrow, but fails when local dons make life difficult for him and his family, he (yet again) kills the perpetrators. 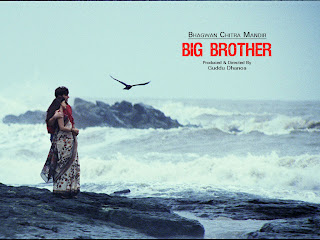 Deodhar having run foul of the head don "Bhau," we are all prepped for a final showdown- so on and on the movie stretches, until we reach the expected end- amongst tons of confusion, borrowed plots from various movies and plenty of violence, Deodhar kills all (including the Home Minister and the Chief of Police, both currupt), and gives homself up.

The songs- and the movie has quite a few of them- are pedestrian. The movie itself may have been OK as an egalitarian fantasy- if only one didn't get such a strong sense of deja vu while watching it- avoid.
Posted by Shweta Mehrotra Gahlawat at 7:30 PM