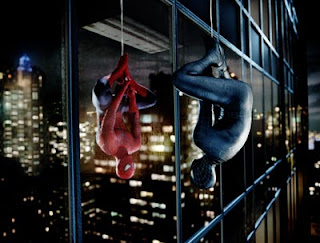 I just saw the movie, and before plunging into the review, would like to take a moment to note that the movie has been simultaneously released in, amongst other languages, Bhojpuri! Being from UP, the language is close to my heart- I sure spent enough time in my teens talking to the household helpers, who were mostly form the villages, and fluent in Bhojpuri/Awadhi. So in 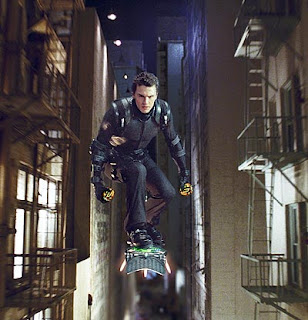 their collective honor, I will attempt to bring some Bhojpuri flavor to this review.

So welcome to Spiderman 3, or मकड़ी ब्बुआ लाल छमिया (Spider man/boy and the red haired young girl- my racy tribute to the prim Mary Jane's tresses).

The movie possesses a fairly strong Bollywood flair- could it be that Sam Raimi saw a bunch of Bolloywood potboilers before making this one? It opens to find Spidey (मकड़ी ब्बुआ) the toast of New York (नया यौरक), with Mary Jane (our own लाल छमिया) having finally achieved her 1st 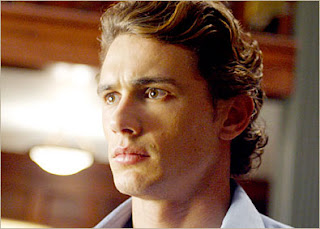 starring role on Broadway (चौड़ी सड़क?? eugh!). With a head swollen pretty large from all the adulation he is getting, and encouragement from his Aunt May (बुढी बुआ माई?), Spidey/Peter is set to propose marriage to Mary Jane (मकड़ी बबुआ चले लाल छमिया को बनाने बहुरिया). But before wedding bells (and indeed we hear none in the movie), there are battles to be fought and won.

There is a initial battle with the new Goblin/Harry (James Franco), during which he bops his head on a wall, and loses his short term memory (Bollywood occurrence #1). The bop erases the death of his father, the Green Goblin (William Dafoe) from his mind- he only remembers his dosti (friendship- Bollywood occurrence #2) with Peter Parker and Mary Jane. Spidey is 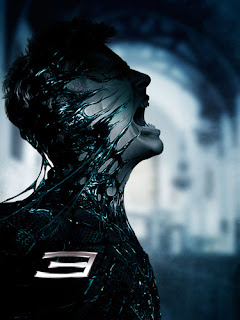 just too happy to get his friend back and avoids much explanation. When our Mary Jane is ignored by Spidey/Peter (In favor of the greater good- Bollywood occurrence #3- work before romance (or , करतवया before dalliance)) Harry happily fills in. However, one kiss from Mary Jane, and he remembers everything again (Bollywood occurrence #4), and plots revenge on Spidey.

Of course as we know, like any Bollywood movie, that implies Peter and Harry (or Spidey and the New Goblin), will have one more big fight scene, where Peter wins and Harry's face is deformed. This was also the precise moment I fell in love with James Franco- I mean James with a perfect face is just a pretty boy, but with the scarring- man he sure has character!

The villains have been working overtime in the interim- The Sandman (Thomas Hadden Church) and Venom (Topher Grace). It all wraps up very nicely indeed with the villains vanquished and the heroine rescued- but- WHY DID they have to kill Harry?????????? Like

5minutes after I fall in love with him, he is killed off, with Spidey sobbing over him like a sissy- that was a bit of a damper. Also didnt want Venom killed- hope he is resurrected in a future sequel.. :D Not to miss: Toby in his evil avtaar, strutting down Broadway 'a la John Travolta in Saturday Night Fever- priceless!

PS: Also not to miss- Bruce Campbell in a delicious cameo as the snobby, adorable and brilliant maitre d' of the hotel Spidey invites Mary Jane to- for every Ash/Evil Dead fan out there, his act alone is worth watching the movie for.
Posted by Shweta Mehrotra Gahlawat at 11:16 PM