We Own The Night 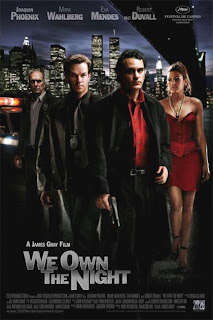 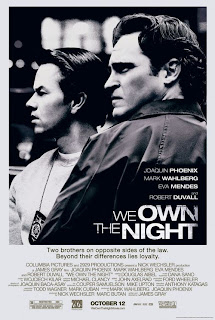 Joaquin Phoenix has charm- loads of it, which enables him to carry “We own..” on his shoulders pretty much entirely. If we take him out of the picture, it has no legs left, despite the fairly gripping action sequences. The trouble largely lies in the fact that “We own..”'s director, James Gray, is too heavily inspired by Scorsese’s brand of movies, especially last year’s “The Departed” (both films share Mark Wahlberg as a key player). 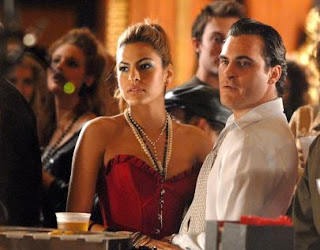 “We own..” is centered at the drug wars of 1988 in urban New York, where drug lords and dealers are beginning to outnumber the police. Robert Grusinsky (Joaquin Phoenix) calls himself Bobby Green and works as a manger at El Caribe, a nightclub in Brighton. He is happy with his girlfriend Amanda (Eva Mendes), but harbors a secret: he is the son of Deputy Chief Burt Grusinsky (Robert Duvall) and brother of Police Captain Joseph Grusinsky (Mark Wahlberg). He is not proud of the family connection (why? It is never really explained), and therefore uses his late mother’s last name. 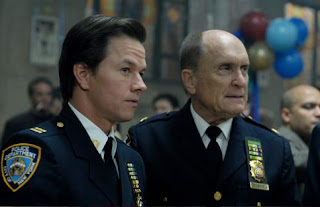 El Caribe is owned by Marat Buzhayev (Moni Moshonov) and frequented by his nephew Vadim Nezhinski (Alex Veadov), who is a drug dealer. Bobby imbibes but does not deal, but things come to a head when Vadim shoots Joseph as payback for a drug raid. Incensed, Bobby joins hands with the police and does a short stint as a snail at Vadim’s head-quarters. He is quickly found and turns witness for the case against Vadim when the latter is nabbed by the police via a tip-off by Bobby. 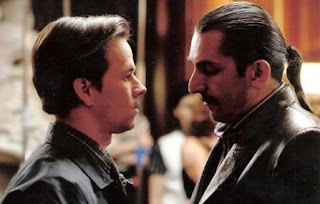 Vadim escapes and Burt dies during an altercation saving Bobby from him. Bobby realizes at the funeral that he must now go on the offence to save himself and his brother from Vadim’s onslaughts…. 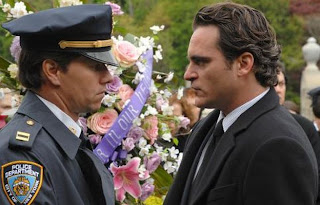 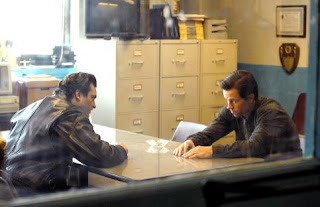 The final showdown feels anti-climatic- with all the build-up to it, I somehow expected a little more. Once its all done, Joseph turns admin, while Bobby joins the police for good- Amanda has left him for good, and his personality has taken a 90-degree turn since the beginning of the movie. I don’t really understand Amanda’s leaving either- it isn’t well represented, and appears to be simply a ploy by the director to amp-up the angst quotient. Like I said when we started- if you have seen enough Scorsese, you are liable to be bored by this.

Pros: For the girls: Joaquin is gorgeous and oozing charisma, while Wahlberg is honestly rather cute too. For the boys: Eva Mendes’ sex-kitten act- though she overdoes it eventually. 2 sequences- Joaquin at Vadim;s HQ, and Vadim’s attack on the Bobby’s car- are really thrilling.

Cons: Been there, seen that.